In July 2015, we conducted a short survey of Philanthropy Northwest network members to get a sense of whether and what sort of policies they have requiring grantees to not discriminate on the basis of gender, age, sexual orientation, etc. when providing services. We had 21 respondents representing a range of foundation types, including seven family foundations, six community foundations and four corporate philanthropists. Here's what we learned.

Disability, gender, sexual orientation and age were the most common protected groups named in non-discrimination policies, with just over half of respondents reporting that they have or are considering such policies. 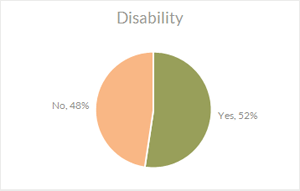 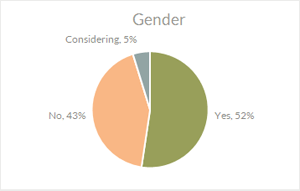 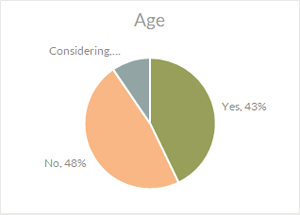 Citizenship status, gender identity and veteran status were less commonly protected, with a majority of respondents reporting that they do not have such policies. 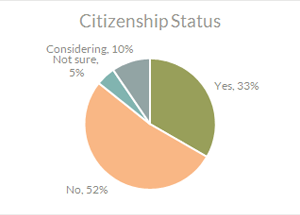 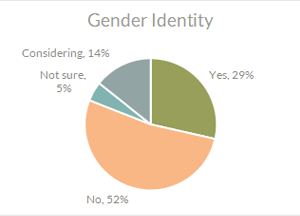 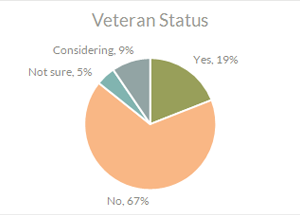 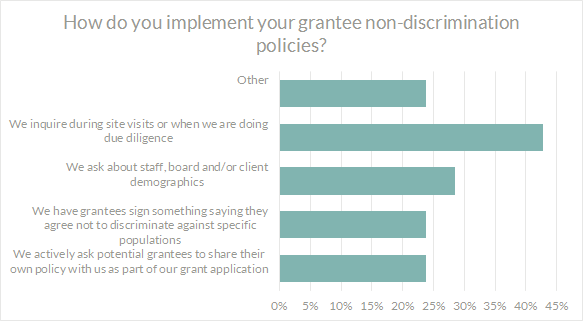 The Seattle Foundation values organizations within our community that reflect and promote diversity in King County. We seek grantees that incorporate diversity into their work and strive to create diverse governance boards, relationships with partner organizations and to serve diverse constituents.

The Seattle Foundation recognizes that the future strength of this community rests firmly on its commitment to value, respect and embrace the richness of a diverse citizenry.

The Seattle Foundation seeks to enhance the quality of life for all citizens in King County as our dynamic community continues to grow and change.

The Seattle Foundation believes no person should be excluded from agency services, employment or volunteer participation, and will not fund organizations that engage in unlawful discrimination on the basis of age, race, national origin, ethnicity, gender, disability, sexual orientation, political affiliation or religious belief, or for any other discriminatory reason.

The Raikes Foundation does not fund: individuals; organizations that discriminate on the basis of age, race, national origin, ethnicity, gender, disability, sexual orientation, political affiliation or religious belief; or religious purposes unless grant activities address the needs of the wider community without regard to religious beliefs.

*Note - this is the latest version and may potentially be updated later this summer.

KeyBank Foundation cannot fund every worthwhile endeavor. In general, we do NOT make the following types of grants: Grants to charitable organizations that discriminate against individuals on the basis of race, color, religion, national origin, age, gender, gender identity, disability, or sexual orientation.

Organizations and public agencies receiving funding from Humanities Washington must comply with federal laws governing Title VI of the Civil Rights Act of 1964 and the Civil Rights Act of 1991, Title IX of the Education Amendments of 1972, Section 504 of the Rehabilitation Act of 1973, as amended, the Age Discrimination Act of 1973, the Americans with Disabilities Act (ADA) of 1990, and any other applicable federal, state, and local laws.  Under these laws, no person shall be excluded on the grounds of race, color, handicap, age, sex, or national origin from participation in, be denied the benefits of, or be otherwise subjected to discrimination under a program funded by Humanities Washington.

The Community Foundation does not discriminate on the basis of race, religion, sexual orientation, physical circumstances or national origin. Grant applicants must hold similar standards. Grant applications from organizations known to have discriminatory policies will not be considered.

*Please note - we are in the process of updating this language and may include questions in our grant application starting in 2016.

Cedarmere Foundation does not fund organizations that discriminate on the basis of ethnicity, gender, race religion, marital status or sexual orientation.

This is a great snapshot. I would be interested in hearing whether this mapping of current practice encourages any members to expand their policies.

Thanks, Ted! The whole survey originated in a question from one member who is interested in expanding their policies, so I can say that at least one member will likely make some changes as a result of this information. Hopefully more!