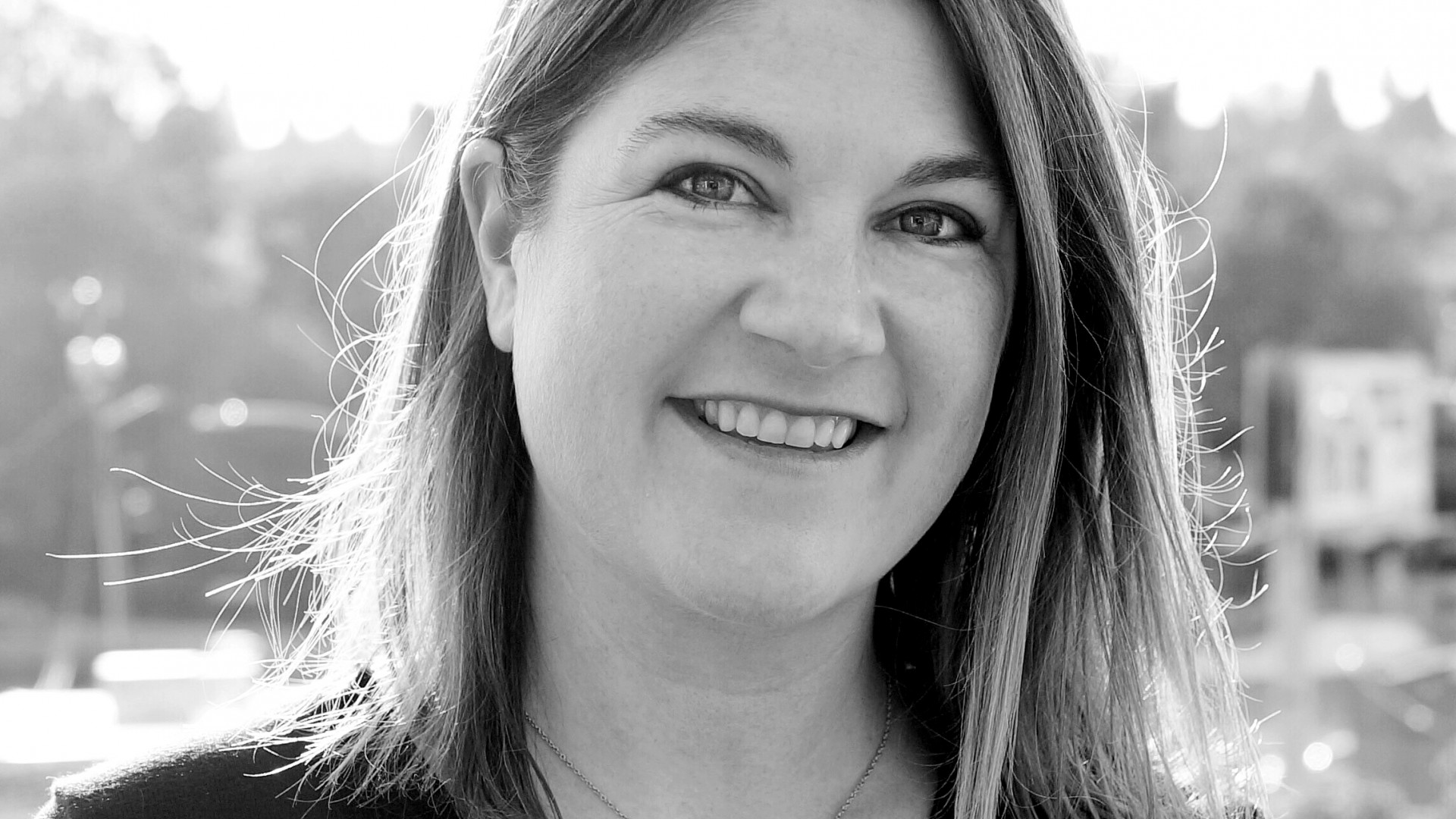 Foundations seemed so mysterious to me when I started my career in nonprofits.

At the time, back in 1993, I was a novice grantwriter for a tiny Seattle organization called Treehouse. As a young professional just getting started in the field, I was eager to learn as much as possible. I spent countless hours researching guidelines and putting my newly minted English degree to use writing as many proposals as I could.

It should come as no surprise that I learned quite a bit about the foundation world. But as I look back on that experience, there was one proposal that stood out — and that guides how I approach my work today as a foundation leader.

During my research, I had discovered a foundation that seemed like a perfect match for Treehouse’s Little Wishes program, a program that paid for things that every child deserves such as school pictures, Boys & Girls Club memberships, and sports fees.

I thought it was a promising sign when I heard from the foundation’s program officer, who agreed that we may have a fit, although she told me that her foundation wouldn’t pay for staffing. Since I hadn’t included any of my time or our executive director’s time in the budget, I wasn’t sure what she meant. It turned out that she didn’t even want to acknowledge the Little Wishes Program Coordinator in the program budget.

I was scared to contradict a funder, so I revised the budget to only include the funding that directly paid for children’s needs and activities — even though there was no way the program could run without the coordinator. In the end, after an onerous application process that took a lot of my time, we didn’t even get the grant.

That was the first time that I truly realized the importance of general operating support: unrestricted funding that organizations can apply to any part of their organization.

If every funder only pays for a specific program or a specific line item, an organization becomes fragmented and unstable. Without general operating support, an organization doesn’t have the money for staffing, rent, technology, training, or even the phone bill. And, without a strong infrastructure, programs that improve our communities can’t happen.

Not Yet the Norm

While there has been increasing recognition of the importance of funding general operating support, it is not yet the norm.

Various surveys show general operating support accounts for between 20-25% of grantmaking, although that number seems to be gradually increasing. It helps that the National Committee for Responsive Philanthropy, Grantmakers for Effective Organizations, the Nonprofit Finance Fund, the Center for Effective Philanthropy, and many other leaders in the field have identified unrestricted funding as a best practice.

There are promising signs of change on both sides of the funding equation.

Several foundations are shifting their funding. Most notably, the Ford Foundation announced last year that it will strive to double the total it gives in general operating support to 40% of its grantmaking budget. Ford — with a grantmaking budget of more than $500 million a year — is making a powerful statement that will hopefully inspire other foundations.

Nonprofit leaders, meanwhile, are also raising their voices on this issue. While I stood silent as a professional working at Treehouse, today’s leaders are starting to speak up about the great need for unrestricted funding. Vu Le, a Seattle nonprofit leader, has received national recognition for his humorous, spot-on blog that contains several posts about this issue.

Yet with all of this momentum, why does general operating support still account for only a relative fraction of all grantmaking?

I believe it is primarily because foundations want to understand and quantify their own impact. By earmarking dollars to a specific program, many foundations hope to draw a line from the dollars they give to the outcomes nonprofits achieve.

But grants are often too small to cause a measurable outcome. Philanthropy Northwest’s six-state Trends in Northwest Giving Report has shown that the median grant size has been under $10,000 since it first began reporting on regional grantmaking in 2004. That means organizations need to piece multiple funding sources together to pay for their programs, and that also means that one foundation can’t take the credit.

This piecemeal approach threatens the health of nonprofits. One Seattle-based organization, Solid Ground, provides shelter, food, transportation, and other basic services annually to over 60,000 people in need. It has an annual budget of about $23.5 million, of which 80% is government funded. All of that government funding is restricted, which is not unusual. To supplement that funding, Solid Ground wrote 104 requests to foundations in 2015, and only 9 of those were for unrestricted dollars.

One can quickly see the great challenges this presents. The amount of writing, reporting, and matching specific dollars to specific programs takes staff time away from the important work of their mission. There is no guarantee that each program will get fully funded, and a lack of unrestricted dollars prevents an organization from responding to the changing needs that they see firsthand.

Since 2003, I have worked for the Medina Foundation, a Seattle-based family foundation founded in 1947.

We grant about $4 million a year to local organizations addressing homelessness, education, hunger, and other basic needs. Fortunately, I’ve never had to make the case for general operating funding because it is something the board has always understood and believed in. This may have something to do with our founder (and Philanthropy Northwest co-founder), Norton Clapp, a businessman who knew that you need a strong infrastructure to succeed in business, and that this must carry over to the nonprofit sector.

In an excerpt from his writing over 40 years ago, he said that he wanted Medina funds to “be directed to improve the quality of organizations and their management and their operations so that their own resources would be used more effectively.”

In 2015, 72% of Medina’s grant dollars were for general operating support. Some organizations still ask us to fund a capital campaign or a program that they need matching dollars to support, but I envision that 72% increasing based on what we hear from our grantees. Over and over, organizations tell us that unrestricted support allows them to be innovative, meet the community’s needs as they shift, and help them operate more effectively.

I asked our Board President Piper Henry-Keller why she thinks unrestricted support is so ingrained in the strategy of the foundation. Here's what she had to say:

It’s important to know that giving general operating grants doesn’t mean giving up on outcomes. We do a lot of work on the front end of a grant: reading proposals, going on site visits, meeting with executive directors and board members, reviewing financials, and, ideally, seeing a program in action. We look for strong leadership, a clear mission that aligns with ours, and effective programs that are truly meeting the needs of a community. We support organizations that engage in thoughtful planning around financials, goals, and outcomes.

If we make a grant, it’s because we believe in the organization and we want to see the same outcomes they want to see. But we always need to remember that we are investing in their work, not ours.

Of course we want to make a difference. But it can’t be at the expense of the health of the organization. We ask for final reports from our grantees and when we learn that a tutoring program helped 62% of its students gain one or more grade levels in reading; a food program distributed 15.3 million pounds of food to feed 1.4 million people; a housing program moved 352 formerly homeless families into permanent homes; and a domestic violence program responded to 10,364 calls from survivors, we know that we helped with those outcomes in some way.

We contributed to them; we can’t take credit for them. And, unless we are fully funding the work, that has to be enough.

Jennifer Teunon is the executive director of the Medina Foundation, one of Philanthropy Northwest's founding members. This article was originally published by the National Center for Family Philanthropy.

That was so well-put and spot-on, Jen! Congratulations to you and the Medina Foundation Trustees for taking a stand.

Bravo! General operating support will be much easier when grantees have 1) a clear, investment-grade, metrics-based business plan; 2) comprehensive, concise, regularly produced executive dashboards (instead of sui generis grant reports); and 3) an effective revenue generation strategy, so the org does not become reliant on this income.

We helped make this happen at Treehouse-- which is why Treehouse is growing rapidly. It's worked at dozens of other organizations. When is the rest of the sector going to catch on to the power of business planning, revenue pipelines, and executive dashboards? These three pieces are *critical* before an organization is able to make best use of unrestricted funding. Otherwise, there's little transparency and accountability.