Home » Investing in the Health & Prosperity of Native Youth

Investing in the Health & Prosperity of Native Youth 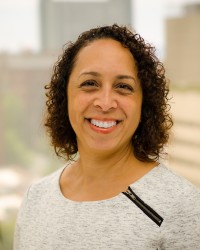 The Pacific Northwest is home to nearly half a million Native people. Funders in our region have made deep investments in Native communities, yet currently only 0.5% of all philanthropic dollars nationally go to Native American and indigenous communities, with Northwest funding only slightly better at between 1 and 2%. With Native populations and youth in particular facing some challenging social determinents, the funding does not match the need. Native youth have the highest drop out rate in the nation, highest teen suicide rate, are the least represented in college, and have 514% higher rates of alcohol and drug abuse. As Native Americans in Philanthropy board member Edgar Villenueava points out in his blog post, more investment is needed.

Given that our region has two states, Washington and Alaska, that are among the top 10 states with the largest Native populations in the nation, Philanthropy Northwest has a vested interest in increasing awareness of opportunities for philanthropy to support programming for Native communities. That's why last week, we joined the White House and Native Americans in Philanthropy for the second Generation Indigenous gathering to highlight promising practices in programming that support the development and leadership of Native youth. Philanthropy Northwest members Northwest Area Foundation, Casey Family Programs and our colleagues at the Forum of Regional Associations of Grantmakers were among more than 50 participants engaged in thinking about increased philanthropic investments in programming and strategies for Native youth.

Investments in the Pacific Northwest

In partnership with Native Americans in Philanthropy, Philanthropy Northwest helped select the 12 nonprofit programs highlighted at the White House gathering. In a series of lightning talks, nonprofit programs gave impressive presentations of what Northwest Area Foundation CEO Kevin Walker described as a "positive narrative of Native youth as leaders, entrepreneurs and visionaries." Youth leaders shared their work in the areas of environment, health, social justice, workforce development and STEM education along with well-being and resilience. We heard from two organizations focused on our Northwest region:

Generation Indigenous is part of the larger, My Brother's Keeper Alliance, a national intiative of the Obama administration to bring together philanthropic and goverment resources to support the health and development of young men and boys of color. As this admininstration winds down its last term, the hope is gatherings like Generations Indigenous will create a greater sense of ownership by philanthropy to partner with government and community stakeholders to ensure the work of My Brother's Keeper continues regardless of who holds the office of the President.

"We cannot have a globally competitive economy if we write so many of our youth off."
-Michael Smith, Special Assistant to the President, My Brother's Keeper Initiative

A Call to Action

What can funders do to continue supporting these great programs for Native Youth? Native Americans in Philanthropy's call-to-action offers five specific actions funders can take:

For funders interested in continuing the conversation around Generation Indigenous, Philanthropy Northwest will partner with Native Americans in Philanthropy to host a regional gathering in 2017.

Under One Sky: Native Voices

We hope you can join us at our conference and other opportunities to help shape our Native philanthropy learning strategy.

Maya Thornell-Sandifor is Philanthropy Northwest's director of learning strategy. She can be reached at msandifor@philanthropynw.org.