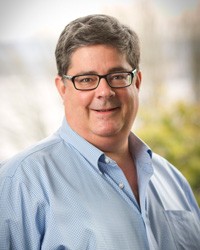 Engaging foundations in policy and advocacy work has been a leading theme and learning edge in philanthropy for a decade. Part of the difficulty in moving these efforts forward is the level of abstraction in many of the discussions and lack of concrete examples. In Building Community Philanthropy, a Bill & Melinda Gates Foundation initiative facilitated by The Giving Practice with 20 United Ways, community foundations and identity funds, we were surprised how many groups concluded that they do in fact engage in such work, after considering a wide range of examples with their peers.

This month, our field gained a new example from another funder collaborative that has found an opportunity to use its collective voice to advocate for a common cause. Philanthropy Forum, a group of Washington and California funders focusing on child welfare and juvenile justice issues, has been meeting since 2010 to understand each other’s investments, identify opportunities and participate in both aligned and pooled fund grantmaking. As trust and understanding has developed, members have asked each other and The Giving Practice how they might use their other forms of capital — influence, relationships, partnerships — on behalf of our most vulnerable children and families.

Washington Gov. Jay Inslee recently proposed creating a Department of Children and Families, new state agency to deliver services to vulnerable children and families. While some organizations had already used their own platforms to publicly offer support, the group felt that there was value in offering a collective affirmation for the concept, along with its thinking on key areas to include in the review by the Blue Ribbon Commission that will issue recommendations in November. 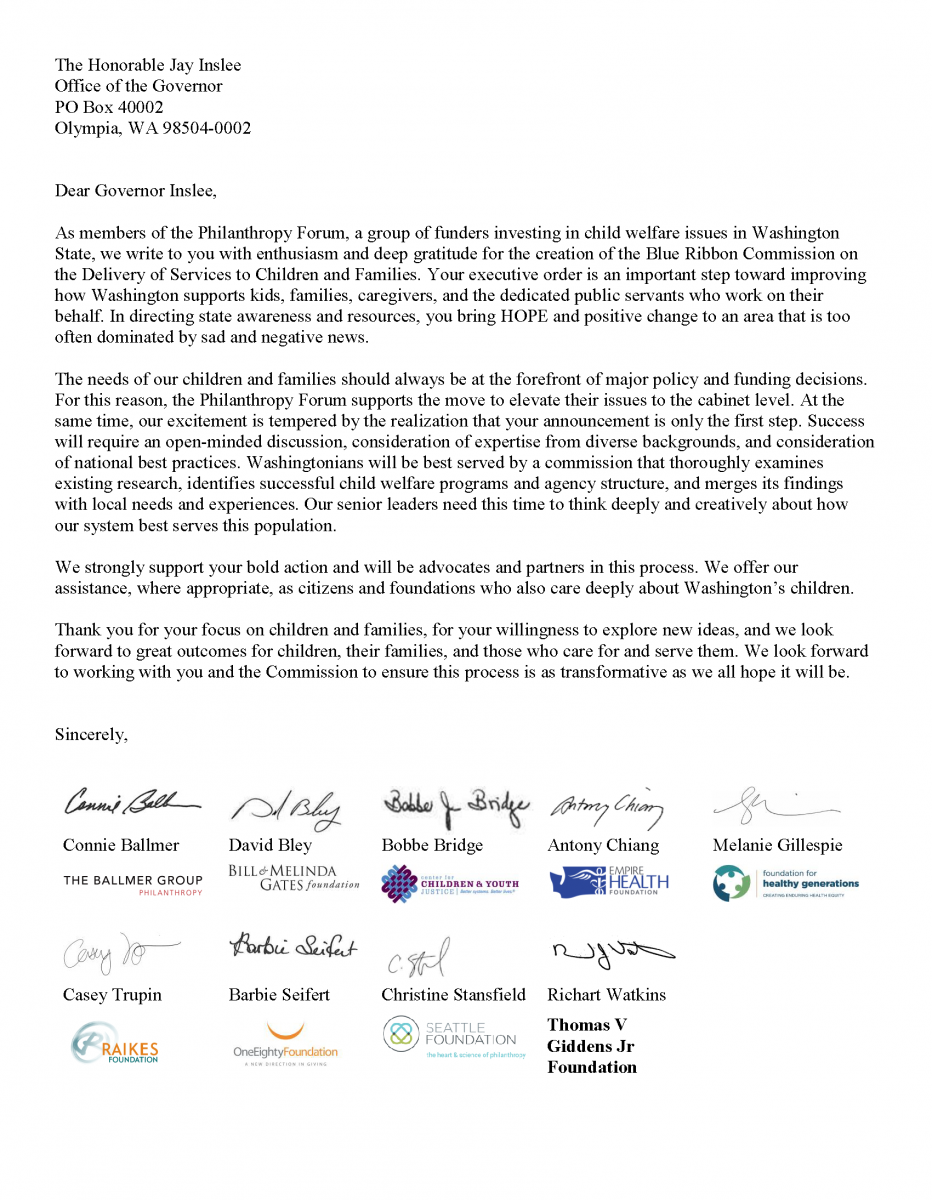 If you're interested in joining this collaborative or in learning how to support the creation of a new state agency to address the needs of vulnerable children and families, please contact me or any of the funders who signed onto this letter.

Ted Lord is a senior partner with The Giving Practice, Philanthropy Northwest's consulting team. He can be reached at tlord@philanthropynw.org.