Nicole Neroulias Gupte, Senior Communications Manager | Perhaps because I'm a New Yorker, Greek American and recovering journalist, I'm often struck by Northwest philanthropy's tendency to avoid conflict. Sure, it's nice when we can all agree before a decision must be made, but realistically? In any large group of stakeholders with competing priorities, it's rarely going to happen. Given my quasi-misanthropic perspective and our country's toxic political climate these days, however, I found myself pleasantly surprised by some common ground in our nation's capital during Foundations on the Hill. Over the course of our three days in Washington, D.C. — walking more than 44,000 steps, according to Fitbit — our delegation of leaders from 12 Northwest foundations talked with Sen. Maria Cantwell (D-WA), Sen. Steve Daines (R-MT), Rep. Jaime Herrera Beutler (R-WA), Rep. Pramila Jayapal (D-WA), Rep. Cathy McMorris-Rodgers (R-WA), Sen. Patty Murray (D-WA), Rep. Dave Reichert (R-WA), Sen. John Tester (D-MT), Rep. Greg Walden (R-OR) and Sen. Ron Wyden (D-OR) and met with legislative aides to several other lawmakers and the Senate Indian Affairs Committee. more »

Mike Halligan, Dennis & Phyllis Washington Foundation | Philanthropy Northwest's recent delegation to Foundations on the Hill 2017 included Mike Halligan, who shared his insights with us as a nine-time participant in this annual visit with national policymakers in Washington, D.C. In contrast to my eight previous experiences as a Foundations on the Hill delegate, I detected a palpable sense of urgency by policymakers and staff this year. It was clear from my time on the Hill that dramatic policy changes are on the horizon — and that philanthropy can and should play a professional, objective role in educating our representatives and their constituents on policy issues that impact the livability and sustainability of our communities in the Northwest. Most importantly, we should use our role as a trusted convener to bring all voices to the table to facilitate the resolution of problems that seem beyond our reach at this time. more »

Craig W. Stewart, Apex Foundation and Bruce R. McCaw Family Foundation | How can philanthropists amplify the impact of their investments in scientific research and accelerate medical cures? Regardless of one’s motivations, strategic philanthropic investments in biomedical research require a careful consideration of the philanthropist’s priorities and an understanding of the current state of research to achieve satisfactory results, if not substantial ones. Apex Foundation recently joined efforts with the Milken Institute Philanthropy Advisory Service Institute to undertake a landscape analysis of current and best practices and produce a primer for funders that addresses the challenges that come with supporting scientific research in academic institutions. The 38-page report, Giving Smarter Guide for Funding Scientific Research, walks prospective funders through the process with a series of questions and key takeaways. more » 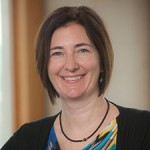 Jan Jaffe and Sindhu Knotz, The Giving Practice | In a conversation for Philanthropy's Reflective Practices, Jan Jaffe and Sindhu Knotz spoke with Nikki Foster, program officer at the Northwest Area Foundation, about reflective practices she has used in both the for-profit and nonprofit sectors. "I learned from one of my colleagues that I used to jump into agendas too quickly. Especially in my interaction with Native communities," she explains. "It is important to have time to establish a relationship and get to know each other. I was so appreciative of the feedback and the need to be thoughtful about the balance between the personal and the objective work." more »

Mitchell Thomashow, Catalyst Fellow | Cities consist of many communities tied together by proximity, infrastructure and networks. But what happens when some communities are overlooked, when neighborhoods are gentrifying or otherwise going through changes that may not necessarily be in everyone's best interest? How do you prevent this from happening — or how do you deal with it when it does? Place-based philanthropy can ensure the sustainability of urban development efforts by providing long-term strategy, mobilizing patient capital and connecting funders with grassroots community leaders. In the Northwest, I recently visited three extraordinary urban sustainability projects that demonstrate the power of place-based philanthropy as a convener and catalyst: Yesler Terrace in Seattle, Living Cully in Portland and the Puyallup Watershed Initiative in greater Tacoma. more »

Gloris Estrella, Program Manager | Philanthropy Northwest members and staff travel to "the other Washington" every spring for Foundations on the Hill, three days of connecting and building relationships with federal elected officials, informing them about philanthropy’s impact in our region, encouraging them to view foundations as resources on public policy issues and connecting with other funders interested in public policy. Last year was my first time attending FOTH, and I found it to be a really transformative experience of educating our representatives and their staff about our work back home, while advocating for our sector and our communities. Staff and trustees from these Philanthropy Northwest member organizations have signed up to attend the 2017 Foundations on the Hill gathering, March 20-22 in Washington, D.C.: more »

At its March 2017 meeting, Philanthropy Northwest's board agreed to sign onto a statement urging national policymakers to protect the Johnson Amendment, the law prohibiting 501(c)(3) charitable organizations from endorsing, opposing or contributing to political candidates and engaging in partisan campaign activities. According to the Council on Foundations, if the Johnson Amendment were repealed, 501(c)(3) organizations could become entities that are given tax-deductible donations for the purpose of participating in the electoral process, and donors would be completely shielded from disclosure — hindering transparency, a core Philanthropy Northwest value. Other signatories to the letter, drafted by the Forum of Regional Association of Grantmakers, include the Arizona Grantmakers Forum, Council of Michigan Foundations, Council of New Jersey Grantmakers, Grantmakers for Effective Organizations and Minnesota Council on Foundations. This position will be discussed further among Philanthropy Northwest's participants and other Forum delegations at Foundations on the Hill, March 20-22 in Washington, D.C. more » 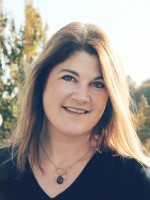 Jennifer Teunon, Medina Foundation | March is Women’s History Month, including International Women's Day on March 8. While it is important to honor the extraordinary achievements of women and the progress we are making on issues of women’s rights and equality, many discouraging statistics persist. Only 4% of Fortune 500 CEOs are women; only five female CEOs are leading public companies in Washington state today. The Puget Sound Business Journal recently reported that only 18% of the new CEOs named in the Puget Sound region in 2016 were women. Fortunately, these statistics don’t represent my own experience working in the nonprofit sector for the past 20 years. I have always had female supervisors and my most important mentors have been women; in my current role as executive director of the Medina Foundation, I work with amazing women every day who are strong, innovative leaders. I also know that my experience reflects that Northwest foundation statistics are an anomaly. more » 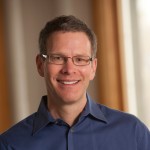 Kevin Walker, Board Chair | Good data helps us understand the landscape and improve our practices. It’s said that people are moved by stories more than by research, and I agree that this is often true. Still, we also need in-depth research, actual facts and hard data in order to know that our work is effective and to plan our strategies. A commitment to learning from good data aligns with Philanthropy Northwest’s strategy framework, which affirms that philanthropy at its best “is transparent and accountable,” “collaborates with stakeholders” and “assesses and learns from results.” As president and CEO of Northwest Area Foundation, I find it valuable to participate in research that assesses and advances the field of philanthropy. So I hope you will join me and other members of our learning network by learning from and participating in three important data-driven studies coming soon: more »