Funding Indigenous Peoples: Strategies for Support looks at how funders collaborate with and bring support to indigenous communities around the world. Through examples from a diverse range of foundations, this guide explores how grantmakers work with indigenous peoples, the approaches they take, and the practices they find effective.

The IRS has formally confirmed that private foundations may make investments that further their charitable purposes even when those investments do not qualify as permitted program-related investments (“PRIs”) under the federal tax law. This is welcome news for proponents of mission-related investing. Davis Wright Tremaine Advisory. 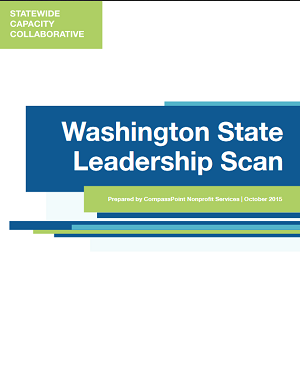 The Statewide Capacity Collaborative (SCC) is a group of 10 funders committed to supporting and strengthening the state’s nonprofit sector. To date, SCC has invested $180,000 in grants to support underrepresented leadership development in communities across the state. Its Leadership Scan of Washington's nonprofit sector was initiated to complement this work and support strategies for investing in the state’s leadership capacity. 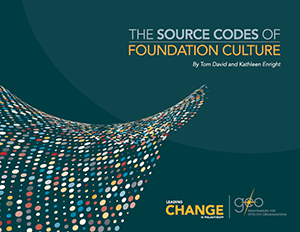 Culture is an essential element in high-performing organizations, in philanthropy and beyond. In this insightful article, Tom David and Kathleen Enright explore the both the importance of culture and the origins of foundation/philanthropic sector culture.

Philanthropy & Hurricane Sandy: A Report on the Foundation & Corporate Response  examines the response of foundations, corporations, and other institutional donors to the devastation wrought by Hurricane Sandy in October 2012. Numbering nearly 600, these funders have so far committed more than $380 million for relief, recovery and building efforts. The hard data and reflective observations in the report contribute to the growing body of knowledge that helps foundations and corporations be strategic and effective with their giving when disaster strikes.

In 2015, Independent Sector convened Threads, a series of community conversations with foundation and nonprofit sector leaders in 13 U.S. cities. In the Northwest, Thread conversations took place at Empire Health Foundation's Philanthropy Center in Spokane, Washington on June 16 and at Impact Hub Seattle on June 26. Highlight reports were released from each conversation, culminating in a report from the entire series.
Report/Research