Home » Resources » The Status of Women in Washington

The Status of Women in Washington 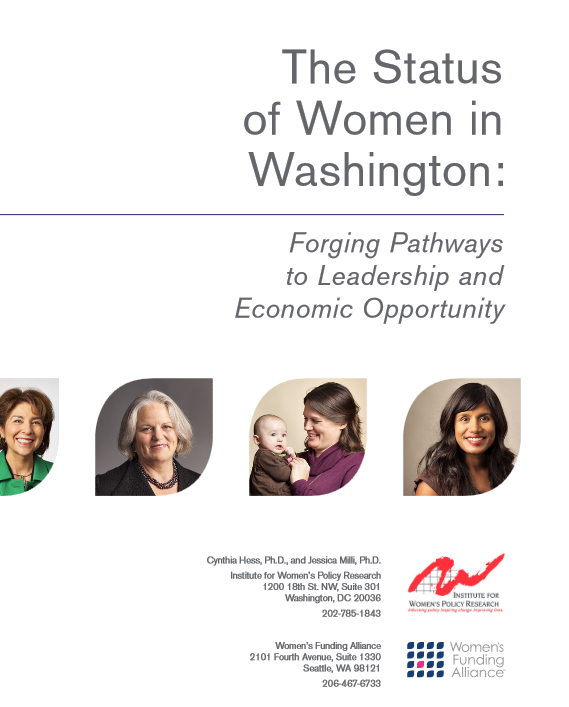 Women in Washington have made significant advances in the past several decades but face persistent inequities that often prevent them from reaching their full potential. Women in the state are more likely than they were two decades ago to hold a bachelor’s degree or higher, have experienced a narrowing of the gender wage gap, and have a higher representation in the state legislature than in most other states in the nation. At the same time, Washington women continue to earn less than men, and many face economic insecurity. Women also are far from achieving parity in the state legislature and face stark disparities in opportunities and access to resources across racial and ethnic groups. Addressing such challenges and disparities is essential to the continued advancement of women and the well-being of Washington as a whole.

The Status of Women in Washington: Forging Pathways to Leadership and Economic Opportunity, published by Women's Funding Alliance and the Institute for Women's Policy Research, provides critical data and analyzes areas of progress for women in Washington, as well as places where progress has slowed or stalled. It examines key indicators of women’s status in several topical areas: employment and earnings, economic security and poverty and political participation. The data presented on these topics can serve as a resource for advocates, community leaders, policymakers, funders and other stakeholders who are working to create public policies and programs that enable women in Washington to achieve their full potential.