The Foundation for the Mid South ’s mission is to invest in ... The four-part More than Words series, funded by the Ford Foundation, describes its organizational transformation ... 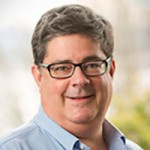 Ted Lord | When starting a foundation, resilience is often as important as ideas and ... Giving Practice at Philanthropy Northwest developed the Foundation Start-Up Checklist. In the 1990s, I was executive director of the Pride Foundation, a rapidly growing public foundation. My ... more »

The Alaska Community Foundation has announced the appointment of Nina Kemppel as its new president and CEO, to join the foundation in mid-October. "I am excited and honored to be ... a position as president and CEO of The Scholarship Foundation of Santa Barbara. Susan Behlke Foley, a longtime ... more » 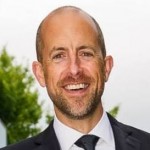 ... fund grantees that lobby? Wondering whether or how your foundation can speak out on a particular policy issue such as ... questions, as well as real-life examples from a private foundation supporting the advocacy work of its grantees as ... 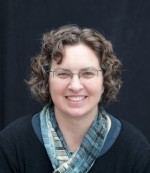 Laura Pierce, Guest Contributor | If your foundation pays for its employees’ parking or transit ... transit costs, you may be surprised to know that your foundation may now owe the IRS a 21% unrelated business ... constitute a separate trade or business. What Your Foundation Can Do Foundations are permitted to provide input ... more »

... regional philanthropic network invited to a roundtable for foundation leaders and senior White House officials to ... from working as a banker before moving on to the Ford Foundation then the Aspen Institute, culminating in her ... fellow network members. I look forward to building on the foundation we formed in D.C. to forge better understanding ... more »

What comes after “strategic...?” If you said, “planning,” you’re not alone. And for many leaders of community foundations, especially small ones who don’t have the time or money for a big process, anxiety is the feeling that follows. If that’s the case, this guide is for you.

With the presidential primaries driving interest in elections, this webinar will review the do's and don’ts of engaging in election-related activities, from the absolute ban on participating in partisan electioneering, to ballot measures, voter registration and get out the vote.