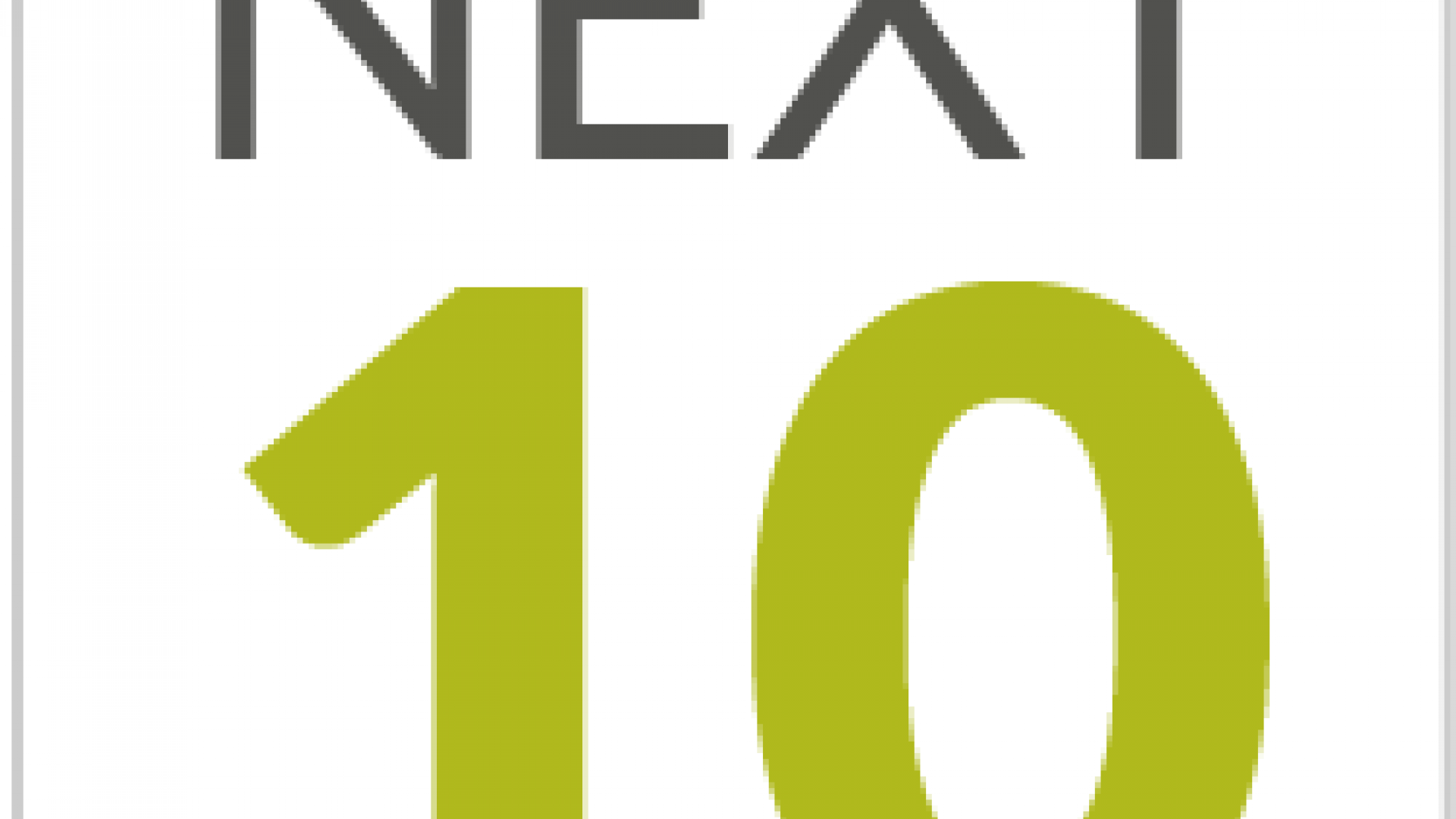 Anne Martens, Bill & Melinda Gates Foundation communications officer: We all know that there is a need and a desire for high-quality journalism and that having these public conversations really does help build awareness and a deeper understanding of the issues. It made sense to ensure that media outlets have the funding to go deeper into the issues we care about.

Cassandra Stalzer, Rasmuson Foundation vice president of communications: Alaska is so geographically vast that it’s really difficult to connect people. Most of the rural newspapers have closed; a lot of our rural voices are not being heard in our statewide debate and conversations. Probably 20% of us at the foundation have journalism backgrounds and we’ve been talking for a while about, "What is the role for us here?"

Nicole: What do you aim to achieve by funding journalism?

Anne: We’re looking to improve awareness and knowledge of the issues that we work on, whether they’re global health or education in the United States or homelessness here in Seattle. We’re also looking to improve understanding of how things are going, what's working and what's not — that there are some bright spots we can use as models.

Cassandra: At the Rasmuson Foundation, our mission is very broad. It’s really about Alaska and improving the quality of life for Alaska. We're seeing changes in the landscape that are in not in the best interest of free flow of high-quality information in Alaska — and we're in a position to do something about it.

Nicole: In contrast to using grants to fund newspapers directly, as you would with a nonprofit grantee, we've been seeing some different strategies in how your foundations approach this part of your portfolios. How does that work?

Anne: We’re holding steady at between $7 and $9 million a year for media partnerships in the United States, supporting in-depth coverage, audience engagement and storytelling innovations.

Cassandra: We don’t have a particular portion of our budget for funding media. We’ve funded professional development for journalists, and journalists as independent contractors to write pieces that aligned with our mission. Those journalists were allowed to select the topics that were of interest to them in that vein, and made those available free of charge to newspapers who wanted to pick those up. Our journalism project to reduce harms caused by excessive alcohol consumption, part of the Recover Alaska initiative, is a collaborate of local funders in the state, made out of an advised fund at the Alaska Community Foundation.

Anne: We also fund in a number of different ways. We have some grants that go direct to media outlets like Univision and Education Week. Part of what we’re doing is trying to find the good content and the interesting stories to give people a better understanding of the issues. We’ve funded The Moth and StoryCorps, here in Seattle, for projects on youth and family homelessness. We have a grant to the Solutions Journalism Network that flows through to The Seattle Times, to show a solutions approach — reporting on the bright spots — is investigative reporting for good. Pointing out these bright spots can change the conversation and has had actual policy effects.

Cassandra: Interestingly, we brought Solutions Journalism Network to Anchorage and Fairbanks for some training programs, but they're not directly involved in any of our content projects.

Anne: I love them. I think they're great.

Nicole: As a retired newspaper reporter, I can confirm the journalism business model — relying on subscriptions and ad revenue — needs serious disrupting, and I've often thought newspapers would make more sense as nonprofits. But there's also concern about whether foundation funding of journalism — for example, the Gates Foundation's investments in education reporting — inserts a bias into what would otherwise be more objective coverage. How do you respond to these concerns?

Anne: We follow a couple of really clear principles. The first is transparency: we always disclose openly that we have a partnership agreement and how much money is involved.

Cassandra: There’s full disclosure about the funding — that’s an important one. I worked in public radio before coming to the foundation, and for 20 years or more, public radio has had a published policy around how they work with foundations. It’s so common and accepted, that they’ve pretty much institutionalized how they do it.

Anne: Another core principle is that all of our grantees maintain editorial and creative control. We very much value journalistic independence. And we are very clear that the content must be honest and accurate, regardless of whether it's positive or negative. Once the partnership is made, we step away from it. I know that perception can be different from that, and there will always be the perception of influence. One of the things we can do to mitigate that is to partner with respected journalism institutions and with other media funders. 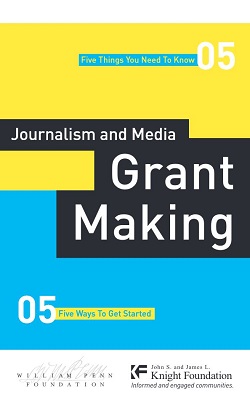 Nicole: The Knight Foundation and Media Impact Funders have a lot of advice for organizations interested in journalism and media grantmaking. What lessons have you learned that you can share with other foundations?

Anne: In 2011, we funded some journalism fellows at Seattle University, and that project ended up creating a series of stories for The Seattle Times called Invisible Families, about youth and family homelessness. But I think that was the only fellowship program that we ended up funding because it did not end up having a lasting effect on coverage. They did this amazing series — and then it was over and we didn't see the continuing coverage. It didn't have the legs we were looking for.

Cassandra: In the first project we did on alcohol abuse, the very first story was critical of an alcohol tax that one area of our state was attempting to have on the ballot — basically undermining the work of another foundation that was a partner in this effort. That was an interesting way to start our relationship with media! You have to be brave and you have to really trust in the institution of journalism. There is some risk to your organization by undertaking these projects. Undoubtedly, someone is going to write something that somebody is going to be unhappy about. We’re funding journalism on controversial topics in small communities. But if you have faith in funding journalism and the benefits of funding public discourse, you will weather the difficult times.

Anne: We've funded journalists that are critical of the foundation, we've funded research that has ended up critical of the foundation. We've funded things that have come back that would not be what we would have written. But again, that's part of the trust in journalism, the trust in research, the trust that you have to have in the partners that are helping you and the willngness to look at that honestly and say, "OK, well here's what they found. Does this mean we have to change course?"

Cassandra: For our second Recover Alaska journalism project, we also funded the development of a local community advisory board. We felt that was an important innovation. Reporters would often call us to find sources, but we didn’t feel comfortable having that close of a connection. And having a community advisory board expands the impact of the series and gets more people talking about it.

Nicole: Where do we see this going in the next 10 years? Will there be more grant funding of journalism? Will newspapers be seeking more support from foundations?

Cassandra: Good, high-quality credible news content is subject to the market forces and innovations, like all of us. We’ll probably see news media move more into things like crowdsourced projects or memberships. There are lots of opportunities for people who care about issues and are engaged and generally understand the importance of journalism.

Anne: As philanthropic funding of journalism becomes more prevalent, we can all benefit from better journalism. Great journalism is a public good for our communities.

Cassandra: Our journalism content partnerships have been with newspapers, but we could be doing broadcast news and online components in the future. We’re in the good idea business. If someone has a good idea, they’re always welcome to bring it forward.

This interview has been edited and condensed. Listen to three clips from our conversation: