Home » Advocacy: Part of Every Board Member's Duty

Advocacy: Part of Every Board Member's Duty 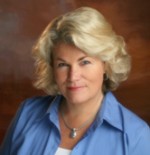 Advocacy is becoming an increasingly important part of our work in the nonprofit and philanthropy sectors. Campion Foundation Trustee Sonya Campion, a Philanthropy Northwest member and one of four Pacific Northwest nonprofit leaders on the 2015 Nonprofit Times Power & Influence List, has issued a call to action in The Chronicle of Philanthropy for nonprofit board members to embrace this new role — as she has done through the Stand for Your Mission campaign and her foundation's policy work.

Our foundation has audacious goals — to preserve wilderness and to end homelessness — but, like so many other foundations, we don’t have the dollars to solve problems on our own. For example, we don’t have the resources to build a home for every person who needs it, nor do we think that’s our role. We believe that homelessness will end when the public demands it and when our government systems make it a priority.

But as our foundation began working to build the political will necessary to end homelessness in Washington State, we noticed a powerful group of leaders sitting on the sidelines — nonprofit board members.

Approximately 1,000 nonprofit organizations are working on housing and homelessness issues in Washington State, and an estimated 10,000 board members lead them. When important decisions were being made in our state capitol, the voices of these influential and committed board members would have been sure to get the attention of lawmakers; but — with a few exceptions — they were missing from the conversation.

We decided that if we could engage those 10,000 board members and get them off the sidelines, we could change the conversation and the priorities.

So the Campion Foundation started a project in Washington State to encourage all nonprofit boards to do more advocacy work. While that effort produced many successes, we realized that we need to do more. If board members are really going to embrace their role as active and engaged advocates for their missions, we need to change the expectations that board members have about their role as leaders. That’s why we are working with BoardSource to spread the word.

Read the full version of Sonya Campion's Opinion piece in The Chronicle of Philanthropy.