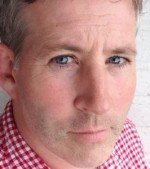 This month, Jeff interviews Sean Gibbons, executive director of The Communications Network, which supports foundations and nonprofits to improve lives through the power of smart communications. This is the fifth in an ongoing series of interviews with philanthropic leaders from around the region and across the country. We're very excited to be spending some time with Sean at Independent Sector's annual conference this week.

Jeff Clarke: Why does communication matter for the work that we do in philanthropy?

Sean Gibbons: If you're a foundation or a nonprofit, no matter what your size is, or what your mission is, you're in the ideas business. Your aim is to have impact, and to achieve a mission. That's what animates your organization.

Those ideas animating the work that you do have to move in order to have impact, and that requires communication.

You’ve just completed a research project, Communication Matters. What did you do and what did you find?

Communication Matters is the first of its kind of research project. It's perhaps the only real landscape survey that exists right now. We talked to not only folks in the foundation world, but also in the nonprofit world, and we talked to people in a number of different job functions.

For that, we took the data and evidence that we gathered and created not just another white paper, but a website, an interactive place to go and actually gather information about the major pillars that underlie what’s necessary to be an organization that really excels at communicating.

So, coming out of this, have you built a framework for thinking about communications in the sector?

What we heard, what it added up to, was a model that suggests that an organization that's really excellent at communicating has four things working for it: a strong brand, an extraordinary culture of communication, a strategy behind who they talk to, and carefully thought out actions or tactics for communicating.

It’s those big overarching pillars — brand, culture, strategy, and action — that we think are the model for any social sector organization that's trying to improve its communications practices.

Some of those things are the responsibility of the CEO. Others reside with the communications team. All are necessary throughout an organization to really excel at communications.

I think you're aware of the Philanthropy Awareness Initiative (PAI), which was a project led by Mark Sedway, who’s now part of our team at The Giving Practice, that laid out the opportunities and challenges the philanthropic sector faces in terms of public perception and influence. Would you say that that PAI’s research is consistent with, and complementary to, your research with Communication Matters?

Perhaps it's picked up a little bit the last couple of years, as more and more organizations, both foundations and nonprofits, have embraced new communications tools and embraced this kind of strategic communications as part of their work, but that's still a pretty appalling number. 89% don't understand what a foundation does. We're not talking about the general public, we're talking about influentials -- people who one would hope would know. It's clear there's a lot of work to be done, and I think that's an opportunity.

Given your background in journalism, I'm wondering if you might talk a little bit about transparency, and how that matters through our sector, and of course, how communications in general play a role creating a transparent culture.

I think the world is moving towards greater and greater transparency. One thing I take away from my career in journalism is that increasingly, folks have means of finding information.

The thing that I find most interesting is that this sector does such a tremendous job of investing in research and ideas. We don't necessarily think of this as a transparency issue, but I do. The problem is that so much of the information is being delivered using old technologies that make it very difficult for people to connect with that information or those ideas.

For example, at The Communications Network, we're looking at the role of PDF documents, which are often used to convey findings, but are rarely searched.

Greater transparency would suggest that maybe there are new best practices on how we share information — making things more available to people so that they’re easily searchable and so that you don't create barriers to connecting people who would potentially find real value in some of the work philanthropy is doing.

The other element is that many people want to understand what philanthropic organizations are doing and why they're doing it. That’s a potential opportunity. Many people might want to figure out how they might lend a hand and engage on some of the issues that these foundations care so deeply about.

There are a lot of large foundations that are well-resourced and therefore have well-resourced communications teams. They are outnumbered by the thousands of philanthropists working in small to mid-sized organizations, where there's less specialization of work. Given what you've found in Communication Matters, what advice would you offer about how to prioritize limited resources in a smaller organi   zation?

Whether you're a large or small organization, you have to prioritize. You have to decide, “What are we trying to achieve?” and then be very disciplined about how you pursue those goals. It means saying no to an awful lot of things that seem very tempting. If you say yes to the right things, though, you can really extend your impact in profound ways.

You have to understand if you're working in a not-for-profit organization, people are inclined to want to help – if you can articulate what you're doing and why it matters to them. That's a fundamental communications challenge and that has nothing to do with the size or shape of the organization. And it’s the responsibility of everyone in an organization, from the CEO on down.

Relationship building is an element of communications. At the end of the day if you're going to listen to someone, you have to have a relationship with them, and that's a communications function.

In terms of setting policy, the truth of the matter is that sometimes, the voices that are most widely respected and the most influential are the ones that are the loudest. To that extent, if an organization wants to have a seat at the table, it has to be very smart and very strategic in thinking about how it can move its ideas into the conversation. That’s communications.

It's not an easy task. Washington isn't functioning very well right now. If there's an issue that you're particularly interested in, having a strategy that allows you to communicate with policy makers that are sitting in government or in the community that influences policy making is hugely important.

What was it that drew you to The Communications Network and the opportunity to lead the dialogue within philanthropy?

On September 11, 2001, I was working at CNN as the Washington producer for a program called “American Morning.” I was in the control room during the 9/11 attacks. That day more than almost any other is really seared into my memory. It taught me two lessons. You have to do what you’re passionate about. And you can never to take a moment for granted. I am passionate about communications. I think it's incredibly vital to figure out how to get the good work that folks in the social sector are doing out and share it with as many people as possible.

Frank Karel, who founded The Communications Network, said that getting the word out is a critical part of the work. One of my colleagues at The Network, Andrew Sherry of Knight Foundation said, “Foundations and non-profits are in the change business, and we live in the information age. Communications doesn’t just support the work, it is the work.” I believe that. If somebody knows something, they're in a position to make a choice. Oftentimes those choices change lives. Hopefully for the better. The Network exists to promote the idea that communications is terrifically important and has the power to change lives. We do it by helping some of the most extraordinary organizations in our country and around the world, and some of the most amazing people trying to do really transformative things, do what they do better. That kind of work makes it pretty easy to get out of bed in the morning.

What’s next in your work at The Communications Network?

We're going to continue to look for case studies and examples of places where communications has profoundly changed the way that either the country works or the way people live their lives. We just did a recent webinar on some of the lessons from the LGBT movement and how really smart strategic communications and a lot of research, a lot of science went into transforming attitudes.

We're also going to try to point people to some of the things that are necessary to do their work. If you're a smaller organization and you're asking, “How do I put together a communications plan?” we're going to develop a place where you can go and get that kind of information.

At the end of the day we're a network, so I think our greatest strength is that we have nearly 600 really smart, passionate people who communicate really, really well and are willing to come together to offer mentorship or serve as the kitchen cabinet for someone who is trying to think through how to do their work a little bit smarter, a little bit better. I think of communicators, if you’ll allow the analogy, as the special forces of the social sector. They take on the thorniest problems and help chart a path forward. They get the word out.

What have you concluded your biggest challenges might be in catalyzing the movement?

There's a lot of work to be done externally, out into the wider world, on what the value of both philanthropy and, more broadly, the social sector is. The last number I saw that the annual economic impact of the social sector is about a trillion and a half dollars. That's about 12% of the U.S. economy. That's a pretty profound footprint. It suggests to me that more folks should know what the sector aims to do, because the work is so extraordinary and good. But in the near term, our work is focused on improving the practice of communications within the sector, making the case for its efficacy and impact and helping those who do good do better. All the challenges that exist, I see them as opportunities. We want the sector broadly to embrace and invest in smart communications.

There's a lot of science involved in making meaningful communications. If we do our jobs well, more and more folks will embrace that philosophy. John Podesta used to say that the President of the United States has many solemn responsibilities and sacred duties, but chief among them was being Communicator-in-Chief, that it was the President's job to have a national conversation about where we're going, what we're doing, and why we're doing it.

I think that should apply to everybody in the social sector. Given the nature of the work here, you're going to find that there's an extraordinary reception to what folks are trying to achieve.

I'm only a few months into my tenure now, but I think I've arrived at a really interesting time. I get the sense that the sector broadly is shifting and that there's a real appetite for more and more information, and more and more investment in communications.