Conference Session Spotlight: Getting Beyond Our Echo Chambers

HomeNewsConference Session Spotlight: Getting Beyond Our Echo Chambers

Conference Session Spotlight: Getting Beyond Our Echo Chambers 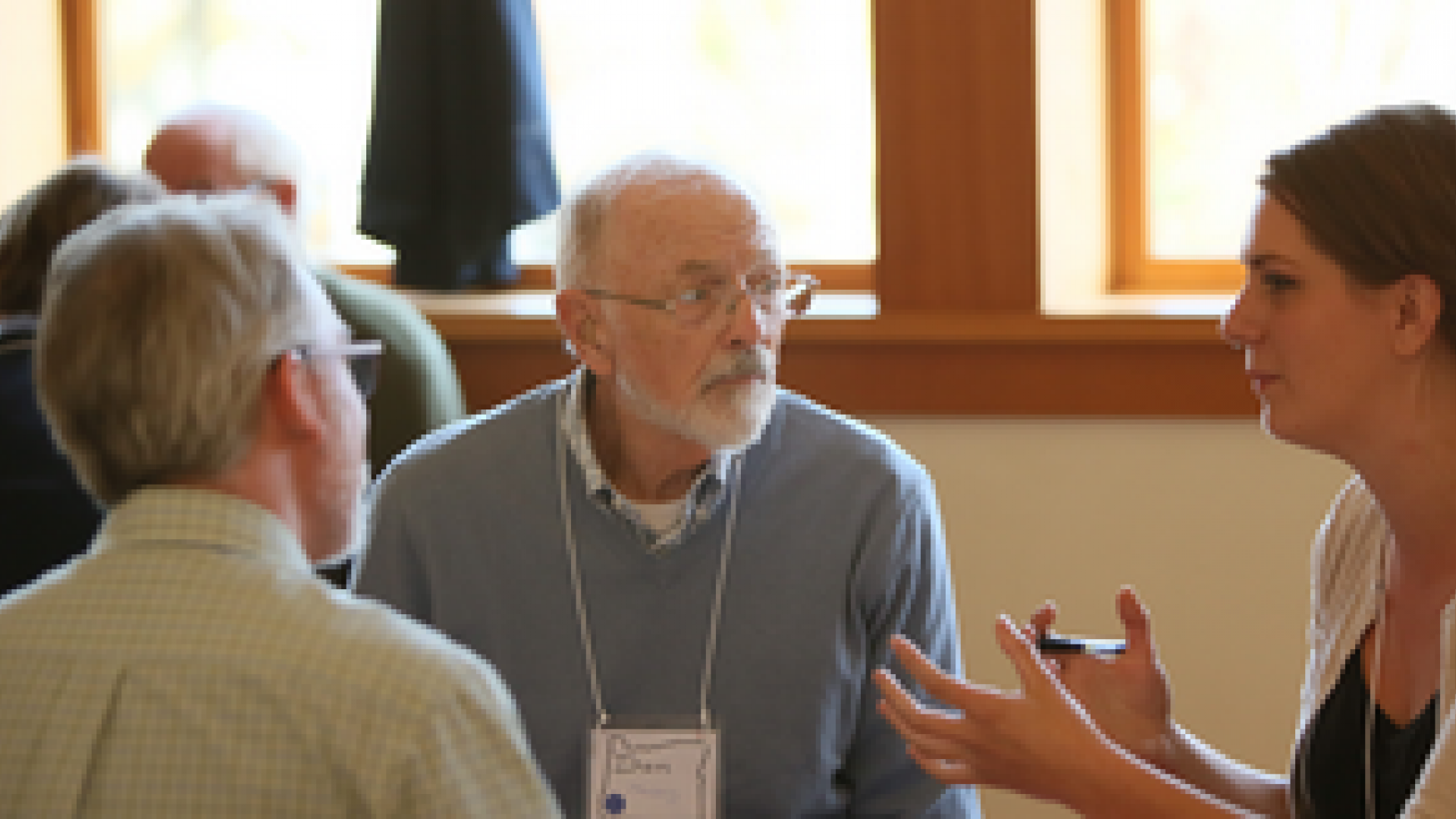 It’s become easier than ever to withdraw into our own bubbles of news, politics and friendships that reflect our own beliefs. How can we to talk (and listen) to folks who look, think or believe differently than we do? How can we work to get beyond our echo chambers?

During day two of the upcoming annual conference, Zaki Barak Hamid of Humanities Washington and Adam Davis of Oregon Humanities will team up to facilitate “Getting Beyond Our Echo Chambers,” an interactive discussion on how to identify and bridge differences in perspectives and background. Their model is applicable for foundation meetings, grantee retreats, and working with board members and community partners.

“This session is really about getting people into rooms to hear each other and talk to each other,” Davis said. “It’s about both why you should try to do that and how you do it.”

Hamid was quick to point out that this won’t be a “kumbaya” session where everyone holds hands and sings. “It’s more about how to coexist rather than how to get along,” he explained.

Hamid said the also session won’t leave anyone with a perfect answer for how to move forward in a time of political, social, and economic division.

“At this point in our history, in our country, this feels like an especially difficult time, but it’s not new,” Hamid explained. “It’s what’s been happening since 1940s, 50s, and 60s, which was worse than what was happening now. That was the era of Jim Crow and political assassinations, so what we are seeing now is not new, but it’s just bubbling to the surface for a lot of reasons. We have to first figure out what the problem is and what’s leading to it, and then get to possible solutions.”

He added that the session goal is for attendees to reflect on what they and others believe and why rather than just assuming people are fixed or dug in to those beliefs.

“We create space to think openly about what people care about most, and recognize common ground,” he said. “Connection means you are no longer identified as a part of a group or a belief system, but can begin to be seen an individual.”

Hamid said that his professional experience, as well as his lived experiences as a Muslim, an immigrant from Jordan and a person of color, inform his leadership in trainings like these.

“We create space to think openly about what people care about most, and recognize common ground. Connection means you are no longer identified as a part of a group or a belief system, but can begin to be seen an individual. A lot of what feels new to white people is not new to people who are visibly people of color or visibly Muslim. No one can tell I’m Muslim, but if a woman wears the hijab, she can’t escape that.”

Would you like to know how another community sought to break down walls in their community? Hear about Project Neighborly from Whatcom Community Foundation, a Philanthropy Interrupted Talks on Thursday, Oct. 5 and join us at the conference. Register now -seats are going quickly!