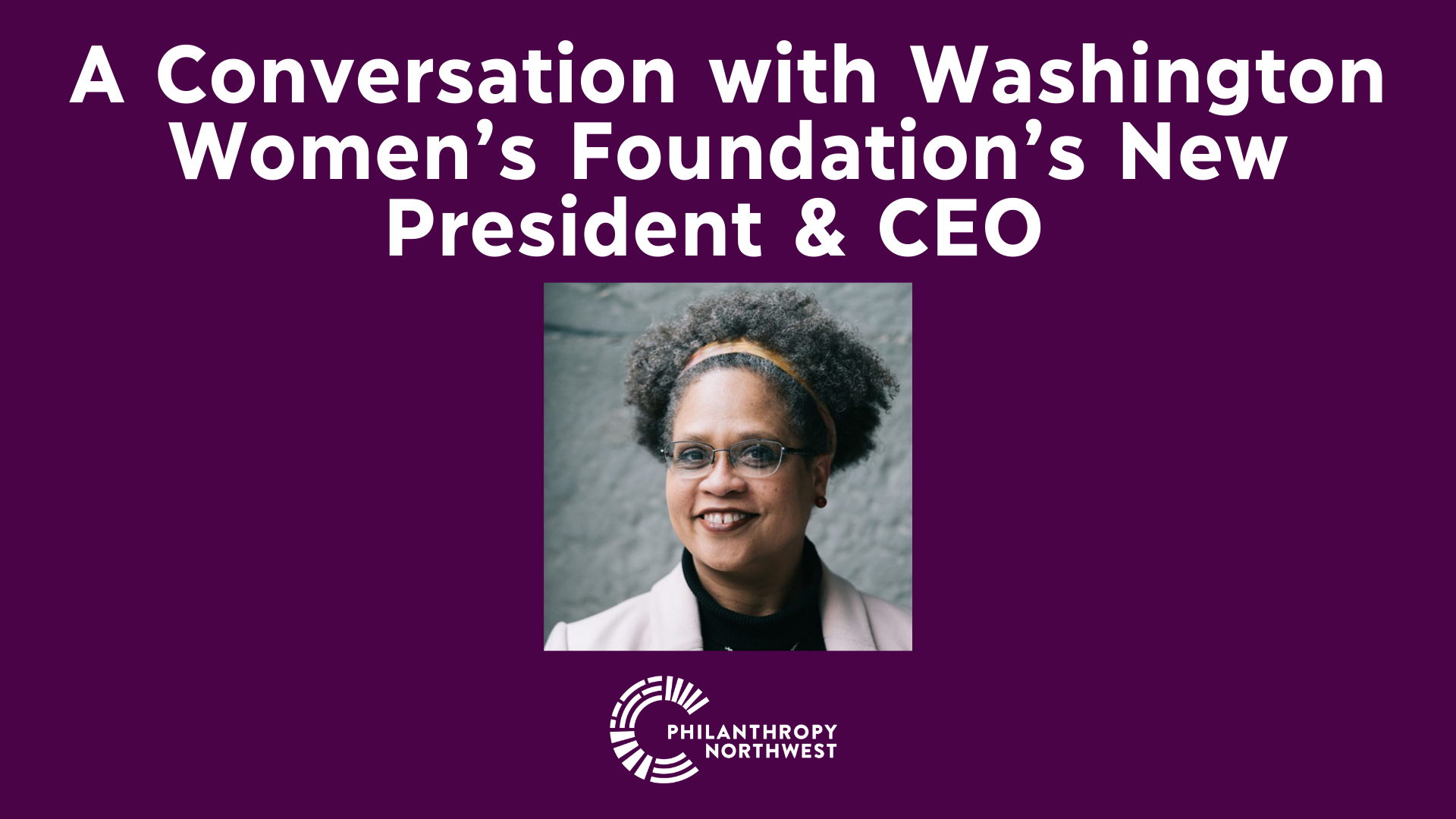 In honor of Women’s History month, we sat down with Maria Kolby-Wolfe, Washington Women’s Foundation’s new president and CEO to get her thoughts on the significance of their women-powered collective giving model, the foundation’s shift to focus on race and gender equity, and how funders can best support nonprofits during this time.

1. What made you want to work at Washington Women’s Foundation?

"I was excited about the future they saw for themselves; a future that included women of all kinds."

I have been attending events at Washington Women’s Foundation for several years. I previously worked in development at some of their grantee organizations, so I knew many of their members. About two years ago, when the foundation was changing their granting guidelines, Beth McCaw, their CEO, asked me if I would be one of their nonprofit readers. I agreed and, as I began reading the guidelines they were putting forth, I was really surprised. Their guidelines talked about how grantee organizations have to be run by people from the community they are serving and that their boards also have to predominately consist of people from the community. Along with this, the foundation was centering organizations working in Black communities or communities of color years before George Floyd. I saw their commitment to race and equity continuing to be something they discussed and wrestled with. When the position opened, I debated it quite seriously. It is a predominately white woman’s organization and I had previously worked for an organization which was predominantly People of Color. But I was excited about the future they saw for themselves; a future that included women of all kinds. It really spoke to me that they were interested in making changes.

The other reason was that I saw how problematic the philanthropic world was. There were issues with power – who has it, who doesn’t. In my previous position on the development team at Northwest Immigrant Rights Project, my team asked ourselves "how can we fundraise in a more equitable fashion? How can we put in place Community-Centric Fundraising ideals?" In doing this, I thought – somebody has got to go talk to the donors, the funders and the people with power. They need an education too. There is only so much that a development person at an organization can do for this conversation. We have to go to the people at the seat of the power. And this job seemed like a great opportunity to do that. Washington Women’s Foundation has an international reputation as a women’s collective giving organization. They have been doing it for a long time and there are a lot of powerful women in the group. The job seemed like a great opportunity to help continue the organization down the path that they were already walking down and encourage having conversations to address the issue of imbalance happening in the philanthropic community.

Having a women’s collective can be really liberating for women to recognize the power that they have together, to build bonds of friendship and support, to come together to make change happen in the world and to be educated about the way the world works. That is the power of collective giving – no matter which group of people is doing that collectiveness.

3. The foundation is shifting its grantmaking to focus on racial and gender equity, what does that look like in practice? What does a foundation grounded in equity look like?

I think an important first step on the road to being an equitable grantmaker is centering organizations run for and by the people that they serve and letting them do the decision making. Make yourself step back and give the people whose lives are impacted by the giving that you're doing decide where they want that money to go. That is going to be very hard for funders. People have a hard time giving up that power and there's a lot of unlearning to do. The money that funders give comes with lots of strings and we need to cut the strings and say, ‘here, take the money and do what you think is best.’ I'm really committed to Washington Women's Foundation being a place that gives oxygen to community-centered and community-led ideas and solutions. And you can't do that if you don't let the people whose lives are impacted by those solutions make the calls.

"The money that funders give comes with lots of strings and we need to cut the strings and say, ‘here, take the money and do what you think is best.’"

I think trust-based philanthropy is absolutely part of that, but even then, are we giving to the right organizations? How do we know? I mean, there's a lot of organizations that can sound really great on paper, or even really great when you talk to their leadership, but when you ask the community about them, they're like, "oh no, that is not the organization that is doing the job that we need people to be doing." So how do you get yourself in close proximately to the people being impacted and let them make those decisions? That's what I'm interested in right now. And I'm not sure how we get there. But that's what it looks like.

4. From your experience on the grantee side, what do you think grantmakers can do right now to best support nonprofits during this time?

The short and sweet answer is, do your own research and give out the money. If you are the funder, you have money. That means you have the money to hire your own researchers. Why do nonprofits have to fill out huge grant applications with 990s when you can go find their 990 yourself? Go to GuideStar, check it out. Give nonprofits who are doing a lot of work a break. Do you need a huge grant application? Can they just tell you what they do and you can do some research to see if it looks like it's working? You can get yourself more proximate to the issues. The information is out there. You don't have to always depend on a grant writer writing you a little book about the issue. You can go find this stuff out yourself. I think if funders have money to give away, then they also have the money to pay researchers themselves.

That said, don't fund big studies telling you what communities of color have already told you is true. Don’t be frivolous with your research. You know you don't need to do a study to tell you that racism is an issue in this country. That's ridiculous.

Funders can be clearer on their websites about what they fund, what they don’t fund, how much they fund and how nonprofits can get in touch with them. Don't make people waste their time. There are a lot of funders who will say, “you can always send us a Letter of Inquiry (LOI).” But nonprofits feel they are sending these letters into the void. Write back and let nonprofits know whether or not they should keep contacting you or if they can move on. It is critical to bear in mind what's happening on the other side and how much time, energy and money nonprofits are using to get funders interested. As a development person, I was getting paid every time I wrote LOIs that were never responded to. Those dollars could have been spent on the actual services that funders want to fund if things were just a little clearer. Transparency is critical. 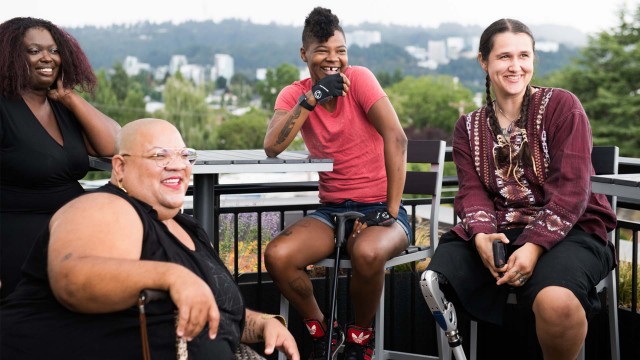 Stepping Up Our Commitment to Disability Inclusion

Meg Fairweather and JulieAnne Behar
May 16, 2022

Stepping Up Our Commitment to Disability Inclusion

Meg Fairweather and JulieAnne Behar
May 16, 2022