Home » An Interview with Kelly Brown, Director of the D5 Coalition

An Interview with Kelly Brown, Director of the D5 Coalition 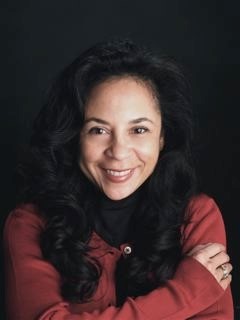 We've got a big conference coming up, and we're thrilled that Kelly Brown, director of the D5 Coalition, will be joining us to talk about diversity, equity and inclusiveness in philanthropy in both a plenary and a workshop session. To whet your appetite, here's a short interview Philanthropy Northwest CEO Jeff Clarke conducted with Kelly over email last week.

Jeff Clarke: Thanks for being with us today Kelly. What is the D5 Coalition and how do you define diversity, equity and inclusion?

Kelly Brown: D5 is a five-year effort to advance philanthropy’s diversity, equity and inclusion. Supported by a range of foundations and advised by the field’s major infrastructure organizations, D5’s charge is to infuse an active commitment to DEI into philanthropy’s DNA. We acknowledge and respect that there are many ways to define diversity, a concept that can encompass many other human differences. D5 defines diversity as those who bring a unique perspective or life experience to the decision-making table, but with a particular focus on race and ethnicity, LGBT populations, people with disabilities and gender as these populations have historically been disadvantaged by exclusion from the broader society yet increasingly they comprise the society in which we live. They have also been — and in many cases remain — underrepresented in grantmaking and philanthropy.  Improving equity means promoting justice, impartiality, and fairness within the procedures and processes of institutions or systems, as well as their distribution of resources. Tackling equity issues requires an understanding of the underlying causes of disparities and unequal opportunity. Inclusion refers to the degree to which diverse individuals are able to participate fully in the decision-making processes of an organization or group. A “diverse” group may or may not be “inclusive.”

We understand that these definitions remain under discussion and that committed individuals approach these concepts from a range of perspectives. That is to be expected; these issues are complex and dynamic. But we’ve learned that being explicit about one’s own definitional frame and rationale is a critical part of engaging the conversation and moving toward a shared framework within a certain context or institution. If we are not explicit about what we mean, we can operate from the position that our audience shares our definitions, which may not be the case, and our communications and discourse can become counter-productive.

Philanthropy is focused on the public good. We often point to diversity, equity and inclusion as hallmarks of our programmatic work. But D5 is about us - who we are - as a sector. Where is the sector in terms of self-awareness and embracing these values?

I started my career in philanthropy at a foundation that was solely committed to this work, and in the 20 years since, I’ve seen the field change with respect to diversity, equity and inclusion in terms of the make-up of philanthropic leadership and institutions, the ways in which foundations are investing in communities, and the tone of the conversation that the field is having both with itself and with other arenas about this work. Of course the context in which philanthropy operates is a catalyst for this change as is the increasingly professionalization of the field overall. Yet while the world is changing and to some extent, foundations have changed with it, there is still much deeper work to be done.

Is this what catalyzed D5? What’s the Coalition’s history?

D5 grew out of a series of conversations that began in 2007 that in turn built on several decades of work on these issues within philanthropy primarily in the arenas of social justice philanthropy and among population-focused affinity groups. These efforts have been foundational in nurturing the leadership and laying the groundwork for foundation practice that fosters diversity, equity and inclusion. D5 emerged as a focused effort to build on these learnings to effect change in four key area with respect to DEI — 1) engage and shape senior leadership, 2) promote best DEI practice, 3) improve data and transparency, and 4) increase the level of resources to diverse communities D5 is also charged with broadening the number, range and types of foundations engaged in action to promote diversity, equity and inclusion. The premise of D5 was that the philanthropic infrastructure, working collaboratively together, was best positioned to facilitate this.

I’ve been doing some version of this work from some vantage point for most of my 30-year career in the nonprofit and philanthropic arena, starting with my work in the student divestment movement and later at TransAfrica and then my work with the Funding Exchange, Tides, Bay Area Blacks in Philanthropy and the Marguerite Casey Foundation. All of these institutions played seminal roles in shaping the conversation about the relationship between philanthropy and the diverse communities it serves. People sometimes forget that the first African American president of the Ford Foundation was Franklin Thomas, who was there from 1979 to 1996. And it was Franklin Thomas who engaged my first boss Randall Robinson when, due to Ford’s early commitment to diversity and inclusion, they would press us about why the nation’s first and only African American lobby on US foreign policy toward Africa and the Caribbean, founded in 1977, was committed at the time to having an all African American board. Those were conversations that might be different today, but the experience taught me that engaging diversity, equity and inclusion must always go beyond just “checking boxes” and focus on a clear vision and on strategic impact, conversations that are rarely simple, static or easy. Recognizing this is essential to managing the complexity of D5.

Has the sector awareness of DEI changed in your opinion? What signs do you see?

Absolutely. This is far more on the radar screen of a broader number of philanthropic institutions than ever before, though it is hard to measure because we have no baseline on this. This awareness is not something the field tracks well. But similar to clear evidence of trends in philanthropy, such as impact investing or strategic evaluation, I believe we are seeing a moment where the issues of advancing diversity, equity and inclusion are becoming increasingly more center stage. The changing demographics of the world and a commitment to the common good require it so we hope to nurture that realization and provide the support needed to make the commitment to these issues real.

How specifically would a foundation board or CEO know if their organization has embraced / made part of their culture DEI values and practices?

We have consistent evidence that a specific, explicit and institutionalized commitment from leadership to this is critical. But we are also learning that we are never quite done. The commitment has to be to create cultures that embrace and allow for diverse perspectives to be effectively engaged and to be willing to change practice to reflect that. Effectively engaging diversity, equity and inclusion in any setting is a dynamic and a continuum but we know — for sure — there are rewards that accrue in terms of impact, effectiveness and transformation for the common good.

Philanthropy Northwest has done some really significant work on these issues, before and during D5. Your work investing in Indian Country grew into a transformative experience for members and the organization itself. Creating the space to include new perspectives and talk about these issues at the member level is no easy take because there are so many different types of organizations and views and circumstances, and Philanthropy Northwest has demonstrated how that could be done. We want to continue to take this regional learning and share it with the field nationally.

The work of the peer learning cohort has validated some of our working hypotheses, for example, that leadership is critical and you must find ways to institutionalize diversity, equity, and inclusion. And it has also added some nuanced perspectives on experimentation with recruitment and retention and how sharing life experiences can build the trust necessary to have difficult conversations about equity and race. In addition, GRANTMAKERS of Oregon and Southwest Washington are making a significant contribution to advance the use of data on the communities philanthropy is serving. Working with a constellation of key foundations, they are building some of the most robust learnings about the power of working with diverse communities to use data to understand impact and promote equity.

Many foundation leaders in the region have been doing this work for a long time but still felt like they grew in their capacity to be effective at it. This is reinforced by efforts elsewhere. To some degree, people must accept this as part of the commitment to this work. Because these issues are so dynamic, you don’t ever get done, you just get better.

We are excited that you will be with us in Sunriver. What kinds of messages and experiences are you planning to share?

I’m excited too! I’ll be sharing what we’re learning as a coalition about a range of things — from messaging research to how smaller and family foundations are engaging diversity, equity and inclusion — as well as talking about the ways that both Philanthropy Northwest and GRANTMAKERS of Oregon and Southwest Washington continue to contribute to the work nationally. I’ll also be sharing what other regions are doing and learning — experiences that are different but also reinforcing. We’re in year four of a five-year effort, focusing on engagement and action and also reflecting on lessons learned. So in addition to talking about the work I’m looking forward to hearing what participants in the conference are learning and sharing it with the field nationally.