Greater Seattle's public, private and philanthropy sectors came together last month to support the annual No Child Sleeps Outside campaign to address the crisis of hundreds of families and children sleeping outside in King County, Washington — many of whom are waiting months on average for basic emergency shelter. Including major gifts from The Starbucks Foundation, Schultz Family Foundation and Microsoft, more than 50 local businesses and organizations and thousands of online and Starbucks store donors raised $4.5 million for Mary's Place, the region's largest family emergency shelter provider.

This temporary boost in funding will allow Mary’s Place to open up to three family shelters and serve as many as 500 unsheltered families over the next nine months, giving Seattle and King County’s public officials and service providers time to implement the long-term reforms recommended by experts in the field.

“This remarkable gift will allow us to bring more homeless families inside by significantly expanding our emergency shelter capacity, as well as the comprehensive housing, employment and wellness services we provide to prepare hundreds of families for rapid and successful housing placement,” said Marty Hartman, executive director of Mary’s Place. “We hope to use the funds raised to open the first of these family centers as early as February. The amazing success of this campaign gets us that much closer to our goal of bringing all families inside in the long-term, and we are so grateful! With the city and county’s support, we can ensure that families and children sleeping outside in cars are safe and have hope.” 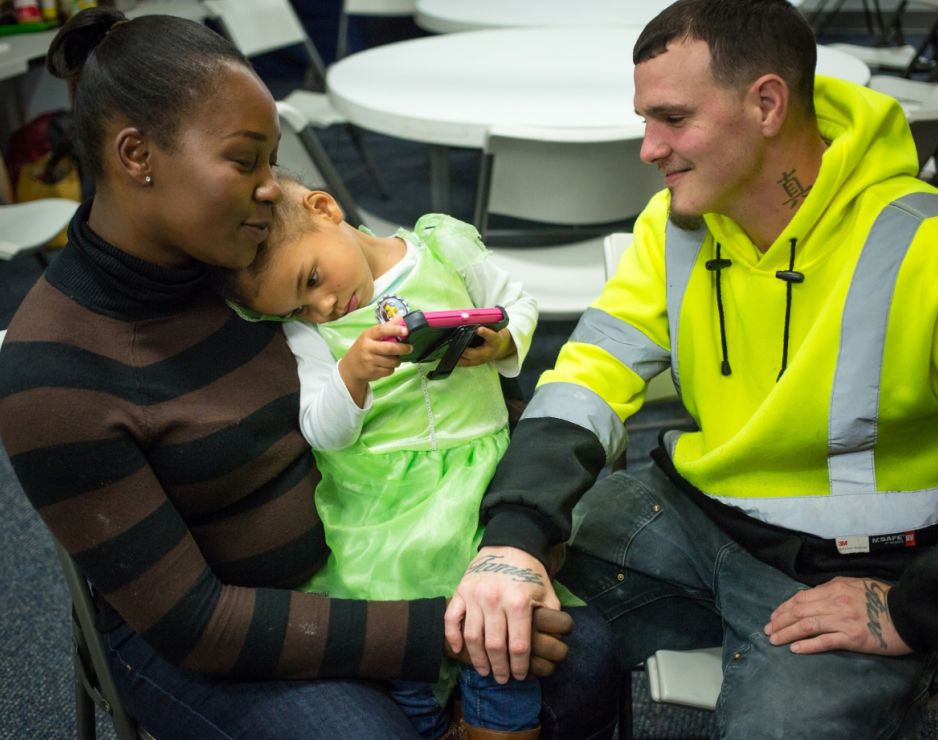 In Seattle and King County, hundreds of families, mostly single mothers and children, are sleeping outside in cars, tents and doorways — places deemed “unfit for human habitation.” Seattle’s business and philanthropic community came together for the third year with the initial goal of raising $500,000, but that goal quickly expanded when The Starbucks Foundation, The Schultz Family Foundation and Microsoft Corp. joined the campaign, announcing $2 million, $1 million and $250,000 in donations respectively to bring urgent attention to the untenable crisis. The campaign quickly grew as another 23 new organizations joined the campaign, bringing total contributions to a record $4.5 million. This includes the more than 60,000 Starbucks customers who made donations ranging from $1 to over $4,000 in more than 200 stores across the county last month.

"Seattle employers have rallied to the tragedy of nearly 2,000 children, at no fault of their own, living in unsafe and unsanitary conditions in King County. We are thankful for the business community, foundations, our Starbucks partners and more than 60,000 customers who donated in 200 stores to help with a short-term solution to bring these families inside,” said Kevin Johnson, Starbucks president and chief operating officer. “This campaign gives the city and county nine months to implement reforms to prevent this crisis from repeating next winter. This is a solvable problem, and we stand ready to work with policymakers to fix the system that has failed the most vulnerable. No child in Seattle or King County should ever have to sleep outside.”

“Howard and I are encouraged to see local businesses, government and community organizations working together to address the homelessness crisis in Seattle,” said Sheri Schultz, president and cofounder of the Schultz Family Foundation. “We’ve taken the important first step to get more families off the streets but this is only a short-term fix. We have to address the systemic problems that led to this crisis and move urgently to implement the recommendations made in recent reports for the city and county.”

“When we first asked our customers to help us support Mary’s Place during the month of December three years ago, we could only dream of its eventual potential,” said Jasmine Donovan, vice president, Dick's Drive-In Restaurants. “We are thrilled to be joined this year by so many amazing Seattle companies and individuals, especially our fellow restaurants in the Seattle Restaurant Alliance. Together we will realize the dream that no child sleeps outside in our city.”

“We live in one of the most innovative and generous communities in the world,” said Mary Snapp, corporate vice president and head of Microsoft Philanthropies. “While it’s encouraging that we mobilized an effective stop-gap for homeless families this winter, we need innovative system reforms to bring this crisis to an end once and for all. Our most vulnerable children and families deserve nothing less.”

As a result of this outpouring of support to bring homeless families inside this winter, Mary's Place can now pursue its ambitious plans to bring more families inside to warmth, safety and stability by the end of 2017. The organization is currently working with officials in Seattle and throughout King County to identify sites for up to three family shelters, which together could serve as many as 500 families.

With this critical funding in hand, King County’s business leaders joined Mary’s Place in helping public officials build on their progress to date and implement the reforms necessary to protect the vulnerable, bring more families inside, and ensure this disaster is not repeated. Over the next nine months, they are collectively calling for:

Urgent action: The number of families sleeping outside continues to increase. There are not enough beds for all who need them. Permitting and leasing of public buildings for temporary shelters must be accelerated.

Prioritizing the most vulnerable: Despite our community’s best efforts, families and children make up a significant number of the unsheltered population and should receive increased and immediate resources to help them survive. This is particularly important for young children.

As a first step, Starbucks announced that it will work with the Seattle Chamber of Commerce to continue to engage the business community and service providers, as well as the city and county, to ensure the crisis of unsheltered families and children does not repeat. The two organizations will announce additional details next month regarding a series of sessions designed to move our community toward solutions.