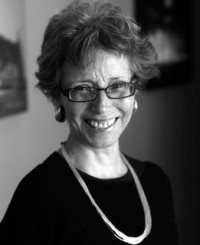 Philanthropy Northwest recently hosted a policy briefing on President Trump’s proposed 2018 budget and its implications for the Northwest.  This membership briefing drew participants from across the region.

Michael Leachman, the Director of State Fiscal Research at the Center for Budget and Policy Priorities, delivered a sobering presentation about the projected impact of proposed cuts in both the President’s budget and the American Health Care Act. Leachman's presentation focused on the version of the proposed legislation in the House at the time of the webinar. More information has come to light with the recently introduced Senate bill, but both versions would deliver major cuts to Medicaid with millions of families projected to lose coverage.

Leachman shared that cuts to the social safety net alone (through the President’s budget and AHCA) would total $44 billion for 2018. The Medicaid health care cost shift to Pacific Northwest states alone over the next 10 years is staggering.

Moore said that from her perspective leading an organization that represents nonprofit members across Montana, philanthropy can support nonprofits in several ways, including:

Rakow said that one way foundations can respond to the cuts is by effectively communicating the stories of those affected. Foundations are uniquely positioned to  provide personal narratives from those impacted with powerful research and data that can reach policymakers working toward non-partisan solutions, she said. Foundations can direct grants to support communications capacity for their grantees, for example.

“Philanthropy can have a particularly powerful voice because it doesn’t represent one particular interest or partisan politics,” Rakow said. “It’s really about mission and shared values to help people and communities by funding stories of impact.”  She expands on this discussion in a short video conversation with Philanthropy Northwest's Advocacy Catalyst Fellow, Remy Trupin.

Basl added that funders should take advantage of the coming August recess to engage members of Congress in their districts and emphasize federal return on investment, including when local dollars are matched by the states or philanthropy. He also suggested ways to engage local elected officials, including mayors, county executives and state legislators who will ultimately bear brunt of cuts as messengers to federal lawmakers.

Everyone who participated in the webinar supported the idea of a collective voice from foundations and nonprofit grantees, and it’s clear that Philanthropy Northwest members are responding. For example, the Seattle Foundation has established a Resilience Fund, Montana members are working with Philanthropy Northwest on Congressional roundtables, and the Legal Foundation of Washington is working with grantees to “reframe” language so that their messages can be heard.

This webinar is the first in a series as the budget process rolls out in the House and Senate. Stay tuned for future opportunities to engage through webinars and in person at our 2017 annual conference in Vancouver, Washington.