Editor’s Note: In celebration of Black History Month and continued observance of this year’s National Day of Racial Healing, our team—led by Jan Jaffe, Senior Partner of The Giving Practice, the national consultancy arm of Philanthropy Northwest—had the honor and privilege to sit in conversation with Dr. Gail C. Christopher, a former Senior Advisor and Vice President at the W.K. Kellogg Foundation. Dr. Christopher currently leads the Ntianu Center for Healing and Nature and works as a consultant on organizational diversity, racial healing, holistic health, spirituality and well-being. 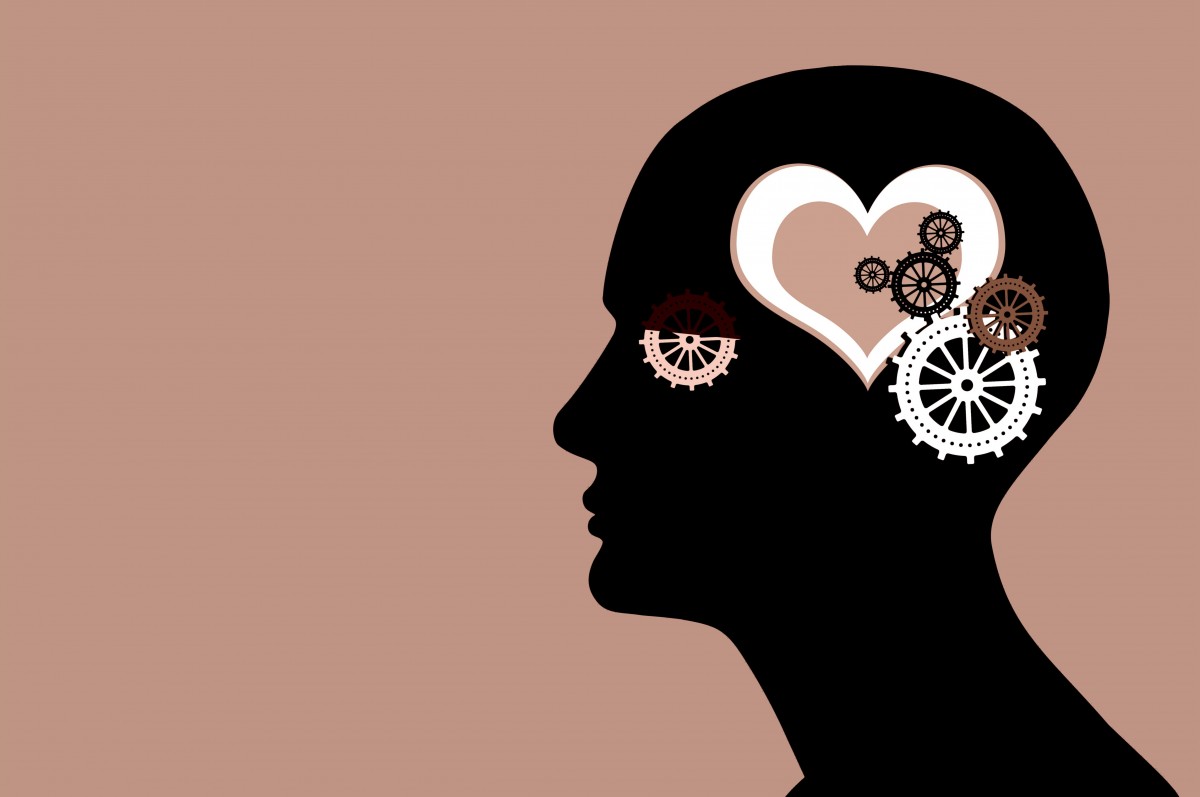 Author's Note: At the W.K. Kellogg Foundation, Dr. Christopher led many initiatives that were not without controversy and difficult conversations. She launched the Foundation’s breastfeeding program and led the development of the Truth, Racial Healing & Transformation (TRHT) framework. Our conversation began by talking about what reflective practices have helped Dr. Christopher (Gail) meet challenges as a philanthropic practitioner.

Gail: Let’s remember philanthropy’s etymology—love of humanity. I believe the field should be grounded in the heart and love. I am always all about the business! But I put a great deal of emphasis on doing no harm myself and helping others to be on a path of love and understanding. As a practice, that means always asking myself where my attention and focus should be. I think about my day and visualize my intention for each experience. It is a centering practice to have clear intention.

If I have a meeting ahead of me, I imagine the meeting itself in my mind’s eye, including the conversations and the outcome. A few minutes of quiet centering, deep breathing and consciously following each breath is my precursor practice to focusing on intention and desired outcomes. This type of mindfulness break can be taken almost anytime and anywhere.

Jan: Do you have an example of a challenge that took you by surprise? Those are the ones that trip me up!

Gail: I came to the Foundation filled with purpose and a drive to move forward on issues of equity. Early in my time, I led a program to increase access to mother’s milk as important for the mother and the baby as a nutritional practice with a bonding benefit. A twofer, as it were! At the time, the social authority of the foundation was more male and while the CEO got what I was advocating for, the executive council of senior leaders across the foundation was less comfortable with it. At an important budget meeting, one of my colleagues greeted my appearance with “Here comes, Gail, the breastfeeding Nazi.”

Jan: That would be hard to anticipate or digest! How did you react in the moment?

Gail: There were other people around the table and everyone was silent. I had to assume that he was saying something that some of the others also felt. I was experienced enough to know that this was not just about breastfeeding, but about power and authority and fear of losing control of part of the budget. I heard that. At the same time, we had partnerships and alliances in the field. I knew the CEO was supportive. What felt like rejection was almost meaningless in light of the bigger picture.

Jan: But it was very mean and provocative. I’d have a hard time not reacting to that.

Gail: I had to not take it personally. I had to stay focused on the clarity of this being an important piece of work that needed me to advocate for its fair share of the budget. At the same time, I felt it in my stomach. I realized for me the comment evoked rejection. In my experience as a woman and person of color, there’s a whole panoply of rejections that it triggered. The physical response helped me remember my internal, counter response: Knowing that I am loved and I am connected to the greater power of the universe. I focused in on how much was happening in the program and how much more good could remain. By doing that I moved past that conversation.

Jan: That is a lot of work to figure out in the heat of the moment.

Gail: It is so important to develop resilience and capacity to be not taken out by disruption! Especially if you are dealing with the effects of racism and its root causes. I choose to believe in positive intention even if someone is trying to derail the conversation. There is a need they have to do that. If you are fully present and know what your intention for the conversation is, you can be proactively responsive in the moment. It requires discipline and composure to stay in that in these settings and be fully present.

Jan: What is your advice if you can’t process what is happening in the moment?

Gail: If I don’t do the work in the moment, I wait for a quiet space to ask myself where has this happened before. I take responsibility for being a co-creator of my experience. It is important to clear up baggage we carry. To be in the moment, we can’t be triggered by past related memories, usually from our “inner child.”

Jan: Was there an opportunity to do some of this work with your colleague?

Gail: We started quarterly retreats which were facilitated by professionals and designed to help us build more authentic, trusting relationships across racial, ethnic, religious and gender lines. This dedicated and focused intention helped. We talked about the general lack of respect and hostility I had encountered. Apologies were made and we learned to value each other. The tension and energy expressed in his comment was a symptom of the challenges that come with diversifying leadership teams without doing this kind of work beforehand.

Jan: It’s hard to justify retreat time but I can see where it could be vital to the work.

Gail: Yes! Even though we were diverse in many ways, we needed to do this heart work together. Ideally, it would have happened as a precursor to and along with our program work.

Jan: Let’s switch gears to look at another reflective practice method to counter rejection. What’s been your experience with using something other than dialog to shift a conversation?

Gail: In my more recent consulting role, I’ve been working with a commission formed to deal with a local tragedy related to diversity, equity and inclusion. A couple of the commission leaders were adamant about not directly naming racism as part of the work. I explained what I’ve learned from the Truth, Racial Healing & Transformation work about the damage that comes when a hierarchy of human value exists in a community. This hierarchy is a tenet of white supremacy. I knew that the commission could not do its work if facing racism wasn’t front and center.

Jan: What did you do?

Gail: I realized that explaining was not going to work. I decided to have an off-line conversation with the leaders. First of all, I had to say, if you want this to not be about racism, you don’t want me as your consultant. Then I tried another avenue to illustrate the importance of explicitly discarding the belief in the superiority of one group of people.

Jan: You used a reflective practice of putting something different in the middle of the conversation to help your clients dive a little deeper, in this case, a book.

Gail: Yes. I shared James Q. Whitman’s book, Hitler’s American Model: The United States and the Making of Nazi Race Law. The book documents Germany’s study of U.S. state race laws to inspire Nazi policies. Through this book about a different time and place my clients were able to explore the importance of facing racism in a way that compelled them to put it back on the table for the commission.

Jan: Before you left W.K. Kellogg Foundation, you led the design and launch of Truth, Racial Healing & Transformation (TRHT), which is an adaptation of the internationally recognized Truth and Reconciliation Commission process. This national collaborative has been implemented in partnership with several other foundations across the country in 14 specific communities and in academia and the humanities. It is very intentional about having a focus on individual healing and transformation as well as addressing structural racism.

Gail: The goal is to unearth and jettison the deeply held, and often unconscious, beliefs created by racism. From the beginning, we knew it was about racial healing and addressing structural racism. You can enter anywhere as long as there are opportunities for individual healing through stories and deepening relationships as well as policy reform to rid ourselves of this deeply held belief in a “hierarchy of human value.”  You can’t have one without the other.

Jan: This makes sense and yet, I know relational work is not common in our field.

Gail: When you have experts in policy or with the mindset of the social activist, they are poised to do the work for specific, measurable changes. The heart work is much harder for them to see as a valuable component. I believe it is critical for each person to come face-to-face with our true humanity in order to promote and sustain the hard work of getting to policy changes that promote equity.

Jan: What I’ve heard you saying throughout our conversation is that the hard work in philanthropy is developing a practice that allows you to attend to the heart work – that being in the heart space amplifies hard-earned knowledge.

Gail: I believe each of us has a responsibility for our own self-awareness and emotional intelligence so that we can lead with attention and intention toward our goals.

This post was first published on Philanthropy’s Reflective Practices, an initiative of The Giving Practice, the national consultancy arm of Philanthropy Northwest.