HomeNewsReversing the Trend: From Dismantling Islamophobia to Championing Vibrant Communities

Aneelah Afzali and Masih Fouladi are co-contributors to this post

When talking about how historical oppression continues to impact communities today, it’s difficult to understand where to begin or how to advance our work. At Philanthropy Northwest, our Diversity, Equity and Inclusion framework and commitment help us to understand when and how to enter the conversation with our communities.

Our Muslim communities — which are some of the fastest-growing in the country — are subjected to oppression, discrimination and indignities, otherwise known as Islamophobia. Muslims encounter these acts of injustice through a variety of individual and institutional mechanisms, such as experiencing bias incidents and hate crimes, facing discrimination when applying for jobs or securing housing, seeing children and loved ones bullied at school or being categorically restricted or banned from travel and targeted for surveillance. At its worst, Islamophobia has led to deadly consequences, not just for Muslims, but for other communities as well.

Recently, community leaders called our attention to the report, Hijacked by Hate: American Philanthropy and the Islamophobic Network that included sobering findings of how the “Islamophobia Network” has relied on philanthropic institutions for financial and political support for years. More specifically, researchers found 1,096 organizations responsible for funding 39 groups in the Islamophobia Network between 2014 and 2016. The report also revealed that the total revenue capacity of the Islamophobia Network reached at least $1.5 billion during this period. The report detailed how money has been channeled into politics, media, law enforcement, educational institutions, lobbying groups, and a whole assortment of industries to advance anti-Muslim and anti-Islam animus in America.

We invited two local and nationally recognized leaders, Aneelah Afzali with the Muslim Association of Puget Sound-American Muslim Empowerment Network (MAPS-AMEN), and Masih Fouladi with the Council on American-Islamic Relations Washington (CAIR-WA), to speak with Philanthropy Northwest staff to help us understand the deeper impacts of the Islamophobia Network and how philanthropy can begin to reverse the trend of funding hate.

Aneelah shared her personal journey, which has led her to become one of the prominent voices on how Islamophobia is an attack on the vibrancy of our communities and the health of our democracy.

“I was called into the full-time work of advocacy and activism after a spiritual transformation. I was born Muslim but was drawn and inspired by my spiritual transformation to leave my legal career and dedicate my life to service. In December 2016, I launched MAPS-AMEN to address the growing divide in our country and the campaign of misinformation that was spreading fear, hate and violence. Since then, MAPS-AMEN has been working to educate the community (including in rural, conservative towns in Washington state) about Islam and how the Islamophobia industry hurts us all as Americans; build coalitions and engage allies to effectively combat Islamophobia and other forms of bigotry and hate, recognizing that our various struggles for justice are interconnected; encourage changes in media’s overwhelmingly negative portrayals of Islam and Muslims; and empower American Muslims (particularly women) to engage in their communities. MAPS-AMEN works actively on the frontlines of combating Islamophobia and is making a noticeable impact, despite a shoestring budget and extremely limited staff resources.”

Masih’s journey was not that different.

Speaking of his family, Masih said, “Even as U.S. citizens with siblings who were born and raised in the U.S., 9/11 dramatically changed how our identity was treated. I still remember vividly how my mother, 7-year-old sister and I were the targets of a hate crime a few months after 9/11. As four individuals banged on the windows of our car shouting ‘go back home’, my little sister who was born just a few streets away from the incident could not understand why these angry white men didn’t want her to go to school that morning. Unfortunately, my story is one of thousands experienced by Muslims across America. Silence and second-class citizenship was never an option for me. That is why I became involved with CAIR. I wanted to be a part of an organization that allowed me to be unapologetically Muslim. And that is the true essence of CAIR’s legal, policy, organizing and youth empowerment efforts. We know that by investing in the Muslim community, we are taking steps to provide diverse perspectives that can work with other communities of color to ensure that the rights of all people in the United States are protected.”

Before CAIR released the “Hijacked by Hate” report, they had to take a hard look at how to approach this conversation with their funders. The findings shared an important trend and story on the grave impact on Muslim communities. CAIR leaders found that their foundation partners were receptive to their findings, and some were able to take immediate corrective measures based on what they learned. However, combating an “Islamophobia Network” requires decisive, cohesive and strategic action.

Divesting in hate is a crucial starting point to reversing the trend cited in the report. Examining how Islamophobia impacts our humanity compels philanthropy to change our work to respond to the daily affronts faced by our Muslim community members. With this understanding, together we can create strong and sustainable partnerships with communities and leaders to make philanthropy’s voice, funding and power of influence reverse the trend of funding hate.

Philanthropy has the resources and influence to correct the message – to reframe and shift the biased narrative – through storytelling, by issuing public statements supporting communities and by increasing the capacity of Muslim-led organizations to dismantle institutional Islamophobia. Join us in advancing this important conversation. 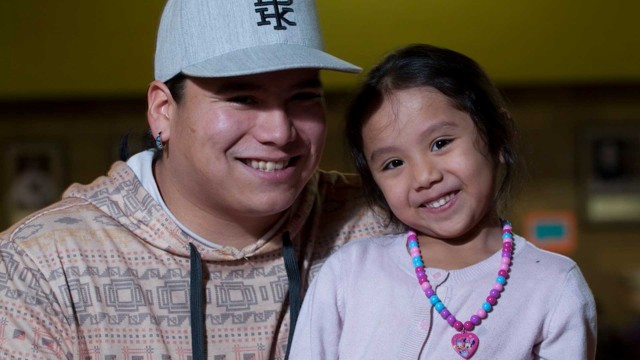 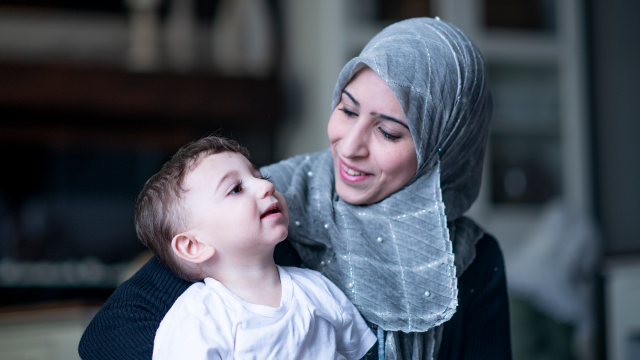 Navigating Racial Equity Leadership Together: Reflections on the Power of Peer Support