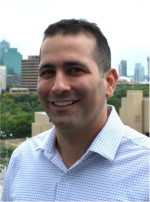 Thrive Washington’s board of directors has announced that Alan Cohen will lead the state’s public-private partnership for early learning, starting November 7. He succeeds Sam Whiting, who stepped down in May to become director of global corporate citizenship for the Northwest region of The Boeing Company, also a Philanthropy Northwest member organization.

In his three years as assistant superintendent of Early Childhood Education for the Dallas Independent School District, Cohen has built a state and national reputation for himself as an early learning leader by setting a vision for preschool in the large urban school district, building deep trust and alignment in the community, and then producing sharp increases in preschool enrollment and school readiness rates.

“I want to be in Washington state because people throughout the state take early learning seriously,” he said, noting the state’s 10-year Early Learning Plan and progress on bipartisan policy, public funding and large-scale, high-quality programs. He’s especially excited about Thrive’s commitment to birth-to-age 3 issues, community engagement and equity. “That’s exactly the kind of organization and approach I want to be involved in.”

Cohen is also a big believer in collecting and using data to frame and fund opportunities to support kids.

This past spring, Cohen left Dallas schools to return to Commit!, the education-focused nonprofit. As chief of strategic initiatives, he is helping the Dallas area think through what it will take to build and support a robust workforce of high-quality preschool teachers and assistants. Washington state is already having similar conversations about its early learning workforce.

“We are extremely impressed with Alan’s early learning work and successes in Dallas — and the collaborative process he used for accomplishing it,” said Kevin C. Washington, chair of the Board of Directors. “We look forward to leveraging his vision and ideas on behalf of children and families here in Washington state.”

Cohen was recently recognized as one of Dallas’ “40 Under 40” by the Dallas Business Journal, and “Early Childhood Advocate of the Year” by the Dallas Association for the Education of Young Children.