Health and education were top priorities for grantmaking to our region. Similar to national giving trends, more than half of grant dollars awarded to the Northwest were reported as funding for health (38%) and education (19%). The Bill & Melinda Gates Foundation made significant grants in these issue areas, both regionally and nationally, in 2014.

Excluding the Gates Foundation, education received the largest proportion of grant dollars to the Northwest (22%), followed by health (18%). Higher education, including philanthropic gifts to universities, accounted for close to 50% of grant dollars awarded for education; more than one-third of dollars focused on K-12 funding, including strong support from place-based family foundations. 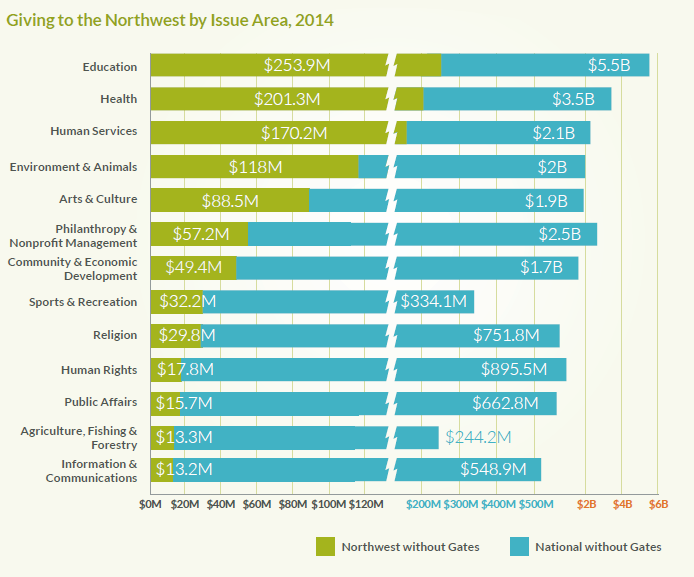 Health funding grew fastest, followed by public affairs and education. Grant funding for health-related activities more than doubled between 2012 and 2014, fueled by the Bill & Melinda Gates Foundation’s rising support of Washington-based organizations focused on improving global health. Even when excluding the Gates Foundation, however, funding for health still increased by a significant 18%.

Funding for education, consistently a major priority for Northwest philanthropy, rose 32% between 2012 and 2014. Within this issue area, adult education, vocational education and higher education saw the fastest rate of growth. 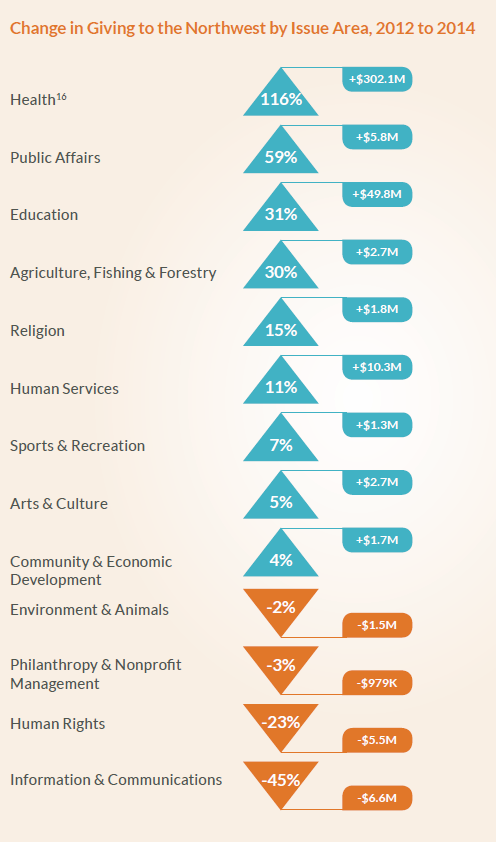