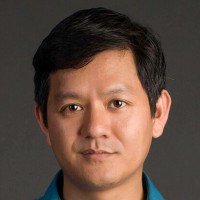 [Editor's Note, Nov. 1, 2016: Vu Le will be speaking at our Fall 2016 Philanthropy Institute: Skills for Emerging Practitioners workshop next week. Space is limited!]

As more than 200 funders head to Philanthropy Northwest's 2016 conference in Missoula this week, we asked Vu Le, humor writer at Nonprofit With Balls and executive director of Seattle's Rainier Valley Corps, to share his insights into what makes Northwest philanthropy unique.

In the past few months, I have been traveling around the country, speaking with different funders and nonprofit professionals and, when possible, collecting free pens from conference exhibitors for my nonprofit in Seattle, Rainier Valley Corps. Through all the traveling and conversations, I’ve noticed a few differences between Pacific Northwest funders and other funders — some of which are exciting, while others are worrisome. These are all observations from my own perspective, with little formal data behind them and thus subject to biases influenced by the people I’ve talked to and worked with. Please feel free to disagree and push back. I am hoping by discussing what makes Northwest philanthropy unique, we can focus on building on our strengths, minimizing our weaknesses and allowing nonprofits and funders to more effectively reach our goals of building a stronger community.

The Pacific Northwest is an amazing place filled with brilliant and generous people, dedicated nonprofits and a robust array of foundations. We have the potential to pave the way for a different and more effective type of philanthropy that takes into consideration the profound complexity of the challenges we are all trying to address. But first, we need to reexamine our strengths as well as the elements holding us back. Through Philanthropy Northwest's conference this week and meetings with funders, nonprofits and community leaders throughout the year, we have the opportunity to move forward together.

Vu Le is the executive director of Rainier Valley Corps, whose work is to address systemic inequity by developing nonprofit leaders of color, strengthening the capacity of nonprofits led by communities of color, and fostering collaboration between diverse communities. He's also the writer behind nonprofitwithballs.com.

I have been in the non-profit arena since 2000 and couldn't agree with you more. It will take some bold moves and some flexibility to change course during a granting cycle if we are to tackle the complex issues facing our communities today. I think too much emphasis is paid to following the plan which often lands us in the status quo once again. I work in the area of human services with wrap around services at The Giving Tree. www.thegivingtreenw.org

Thanks for your astute observations, Vu. As you've shown, the "Northwest bubble" can be limiting to our vision and scope, and we need more of our foundation EDs, CEOs and program officers to travel to see how other cities are running their operations. Those trips should be viewed by trustees and donors as integral to the foundation's mission, and not merely a junket networking exchange.