Home » News and Insights » National (US)

Mike Halligan, Dennis & Phyllis Washington Foundation | Philanthropy Northwest's recent delegation to Foundations on the Hill 2017 included Mike Halligan, who shared his insights with us as a nine-time participant in this annual visit with national policymakers in Washington, D.C. In contrast to my eight previous experiences as a Foundations on the Hill delegate, I detected a palpable sense of urgency by policymakers and staff this year. It was clear from my time on the Hill that dramatic policy changes are on the horizon — and that philanthropy can and should play a professional, objective role in educating our representatives and their constituents on policy issues that impact the livability and sustainability of our communities in the Northwest. Most importantly, we should use our role as a trusted convener to bring all voices to the table to facilitate the resolution of problems that seem beyond our reach at this time. more »

Individuals, foundations and corporate philanthropists from across the country have come forward to offer donations and messages of support to the victims, survivors and families of the Pulse nightclub attack in Orlando, Florida. The June 12 shooting claimed the lives of 49 people (not including the gunman) and left dozens more injured, predominantly LGBTQ and Latino. The OneOrlando fund now exceeds $8 million, including contributions from at least six Philanthropy Northwest corporate members: Alaska Airlines, Bank of America, JPMorgan Chase, KeyBank, Starbucks and Wells Fargo. more » 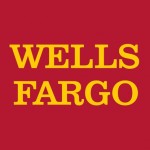 Wells Fargo & Company has announced a $300,000 donation to the OneOrlando fund, set up by the City of Orlando to address the needs of victims and the community in the wake of the Pulse nightclub shooting that killed 49 and wounded more than 50 people early Sunday morning. The OneOrlando Fund will be administered by the Central Florida Foundation, which will guide funds to nonprofits to support the victims and families of this tragedy, as well to the LGBTQ, Hispanic, faith, and other affected communities. Funds will also be directed to other needs that may arise but cannot yet be anticipated. more »

Northwest Area Foundation, a Minnesota-based Philanthropy Northwest member with a grantmaking footprint that includes Montana, Oregon, Washington and 75 Native nations, awarded $13.4 million through 120 grants in 2015. The awards made in late 2015, announced this month, totaled nearly $5 million to 43 organizations in its region, including six organizations in Oregon and Washington. more »

Lyn Hunter, Senior Program Manager | One of our challenges was understanding ourselves how different this gathering would be and then, of course, communicating it. Guided by our board, our Alaska Native and Native American leaders and allies, and our ongoing commitment to community building in Indian Country, we suspected that we were onto something big. What happened exceeded our wildest expectations. Here are the themes we heard from participants, in their own words. more » 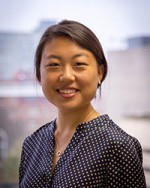 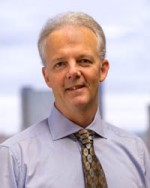 Jeff Clarke, CEO | The fourth stop of our Local Matters 2015 series found us in Anchorage, Alaska with leaders from more than 35 organizations, from Bristol Bay to Washington, D.C. For many, it was a life-changing experience. We were welcomed as guests to First Alaskans Institute's 32nd annual Elders and Youth Conference and to the Alaska Federation of Natives — National Congress of American Indians 4th annual Tribal Conference with state and federal policy makers. We were privy to the inner workings of a 10,000-year-old culture as elders passed on their wisdom and traditions to a new generation of Native voices. Despite more than 220 federally recognized tribes in Alaska, each community was honored and rejoiced equally, and spent a week united in both the challenges they share and the opportunities that lie ahead. more » 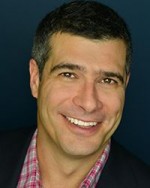