Twenty Years After 9/11, Still Fighting the Criminalization and Dehumanization of Our Communities

HomeNewsTwenty Years After 9/11, Still Fighting the Criminalization and Dehumanization of Our Communities

Twenty Years After 9/11, Still Fighting the Criminalization and Dehumanization of Our Communities 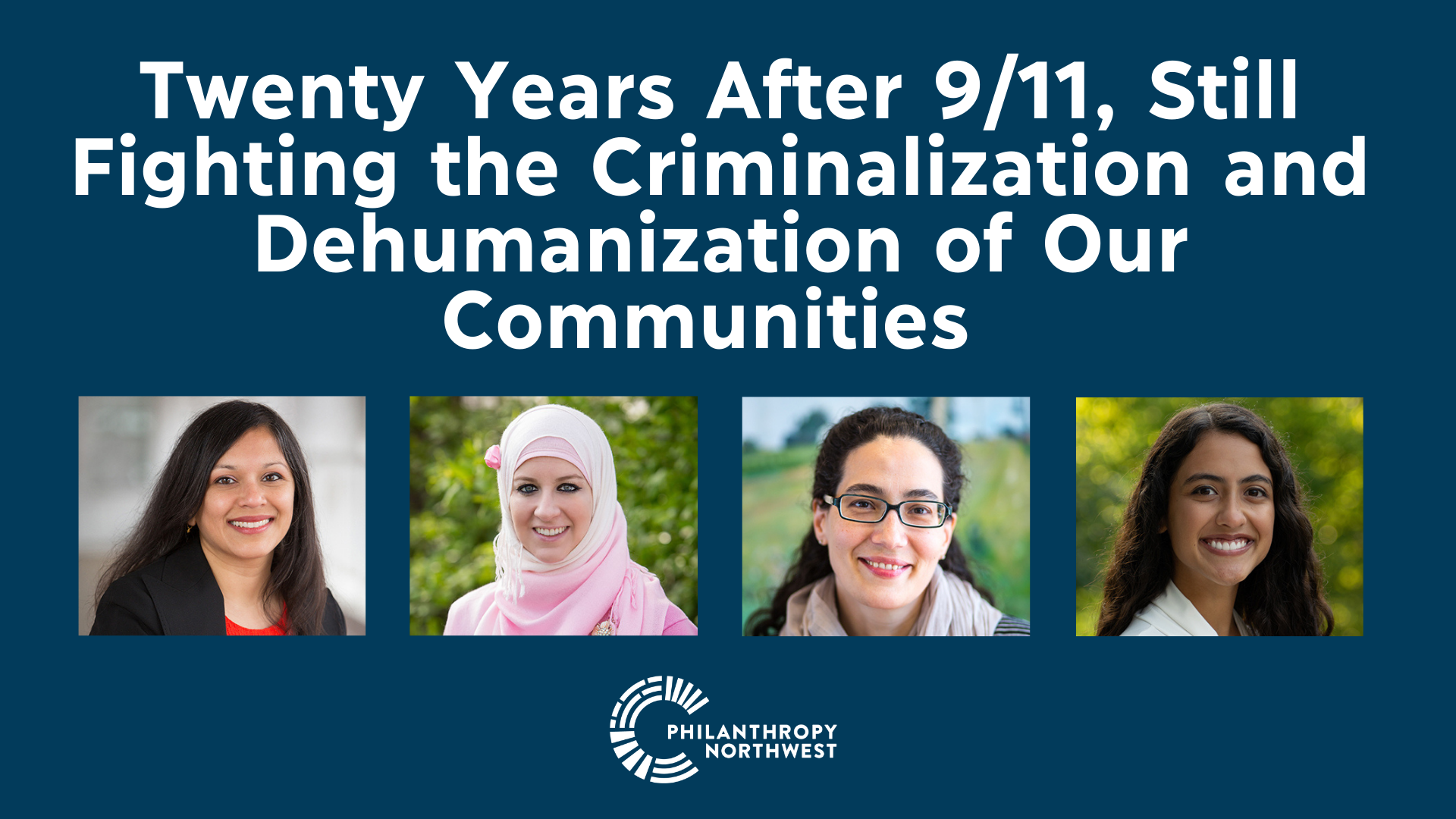 This piece was originally published in the Philanthropy News Digest; we have cross-posted it with their joint permission. See the original post here.

On September 15, 2001, Balbir Singh Sodhi was planting flowers outside the gas station he owned in Mesa, Arizona, when Frank Silva Roque, a white Boeing aircraft mechanic, saw Sodhi's turban, a sign of his Sikh faith, and shot and killed him. Silva Roque then drove through town and shot two people of Middle Eastern descent, who thankfully survived. Roque was apprehended the next day and is now serving a life sentence.

Sodhi's murder was just one of an onslaught of hate crimes committed in the wake of 9/11. Nor were hate crimes committed by individuals the only threat to targeted communities. The Department of Homeland Security spearheaded the criminalization of Black, African, Arab, Middle Eastern, Muslim and South Asian (BAMEMSA) immigrant men through humiliating racial profiling programs like the National Security Entry-Exit Registration System (NSEERS). Tens of thousands of Black and Brown men were forced to line up at federal agencies to register for ongoing government surveillance based on religion, ethnicity and national origin, targeting foreign nationals from twenty-five countries. Before the program was finally dismantled in 2016, thousands of families were torn apart and entire communities were devastated by job losses, deportations and ongoing harassment.

"Stories of interpersonal and structural violence against BAMEMSA communities after 9/11 are ubiquitous, but so are the stories of activists rising to these challenges and leading a vibrant movement to secure their rights and inclusion."

Stories of interpersonal and structural violence against BAMEMSA communities after 9/11 are ubiquitous, but so are the stories of activists rising to these challenges and leading a vibrant movement to secure their rights and inclusion. Members of the Sikh community formed the Sikh Coalition, a nonprofit that has won numerous court cases against workplace discrimination, school bullying, racial profiling, and hate crimes and has secured the passage of groundbreaking religious rights laws and significant policy improvements. Community-based activist organizations like Desis Rising Up & Moving (DRUM), founded in 2000 to build the power of South Asian and Indo-Caribbean low wage immigrant workers, youth and families in New York City, mobilized to support the victims of state-sponsored discrimination, offering "know your rights" training, holding vigils and protests at federal agencies, documenting civil rights violations and working in solidarity with other social justice organizations to demand policy change.

That movement includes the founding of the RISE Together Fund (RTF) in 2008, the first national donor collaborative dedicated to supporting directly impacted voices to lead policy and social change in BAMEMSA communities. Housed at Proteus Fund, the RISE Together Fund is led by an all-women team, each of whom identifies with the communities we support, connecting our personal and political commitments to build a just, multiracial, feminist democracy.

This year, as we mark two decades since 9/11, we're reflecting on the milestones of our movement, including working with grassroots organizations over four years to organize against the Muslim & Africa Bans, a series of Supreme Court-approved restrictions on travel to the United States from thirteen countries — which was finally rescinded on day one of the Biden administration. We also helped increase voter turnout among BAMEMSA communities by mobilizing significant support for civic engagement initiatives. We partnered with Dr. Tom Wong, a specialist in identifying high-potential voters of color, who worked with twelve grantees, including the Georgia Muslim Voter Project, on non-partisan voter messaging, outreach and technical support.

Despite these many successes, BAMEMSA communities continue to be underinvested in and excluded from broader conversations and philanthropic opportunities around racial justice and immigrant justice. We also are up against a tidal wave of funding in support of efforts to demonize and criminalize our communities. According to a 2019 report authored by Abbas Barzegar and Zainab Arain, between 2014 and 2016, more than a thousand organizations funded thirty-nine groups with a total revenue capacity of $1.5 billion that foment hate toward BAMEMSA communities. While RTF and our philanthropic partners are making great strides in supporting BAMEMSA communities, we have a long way to go to fully address their continued criminalization and dehumanization.

"While RTF and our philanthropic partners are making great strides in supporting BAMEMSA communities, we have a long way to go to fully address their continued criminalization and dehumanization."

Since 2009, RTF has worked with longtime field partner ReThink Media to ensure that BAMEMSA movement leaders speak for themselves and build media savvy. ReThink offers fieldwide spokesperson training, messaging research and guidance, op-ed writing support and direct connections to journalists. The overarching goal of RTF is to direct grants toward building a long-term, sustainable movement and work alongside grantees and the wider BAMEMSA field to develop and amplify a collective voice — a voice that is particularly critical this year in countering nationalistic sloganeering and offering more critical perspectives that address the ongoing harms of the 9/11 era.

Throughout 2021 and 2022, RTF is offering a variety of opportunities for funders to learn more about our communities and support their efforts to build a stronger democracy — through funder briefings, panel discussions and blog posts. In June we co-hosted a funder briefing with Asian Americans/Pacific Islanders in Philanthropy (AAPIP) about supporting impacted communities; in October we will hold a panel discussion on "The 20th Anniversary of 9/11: BAMEMSA Women Activists Leading Resistance and Resilience" at the CHANGE Philanthropy UNITY Summit; and in collaboration with Democracy Fund and Mission Partners, we are working to publish a series of blog posts to educate philanthropy about the successes and challenges of the BAMEMSA movement. We are speaking with funders about opportunities to support the urgent needs of grantees in their efforts to mobilize around the 9/11 anniversary, such as locally-focused arts and culture programming to share the experiences of BAMEMSA communities over the past two decades. There are opportunities for partners to support BAMEMSA field leaders with long-term cultural strategy training and coaching to help them communicate their work more effectively to wider audiences and coherently connect post-9/11 harms to broader conversations on surveillance, policing and racial justice.

While the anniversary is an important moment for us to reflect on the successes and challenges of the BAMEMSA field, our work is ongoing. Policy advocacy is needed to address the ongoing criminalization of our communities, such as efforts to close the Guantanamo Bay Detention Camp and defund Homeland Security grants used to support spying and psychological warfare in BAMEMSA communities. We must fund ongoing nonpartisan voter engagement efforts outside of federal election years, and we need to protect field leaders who face doxxing and threats online with robust digital security support. Given that 80 percent of our grantee organizations are led by women of color, we need to support their leadership with resiliency training and capacity building efforts to empower their work well into the future.

As we approach the twentieth anniversary of 9/11, we at RTF reaffirm our commitment to support communities who have been on the front lines of creating a just society and we invite fellow funders to support BAMEMSA communities in this important year.

Join Philanthropy Northwest and our esteemed cosponsors from RISE Together Fund and Grantmakers Concerned with Immigrants and Refugees on September 17 to reflect on how 9/11 and the ensuing War on Terror altered our democracy and affected BAMEMSA communities. Learn more and register here. 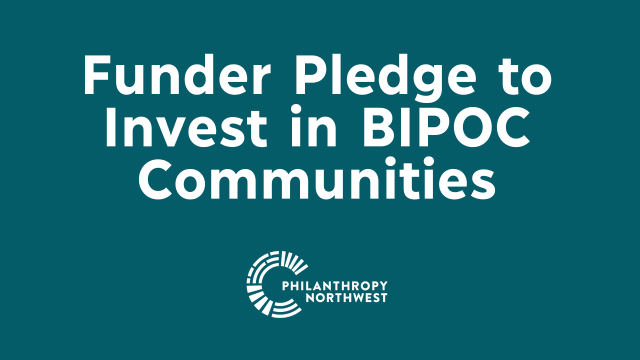 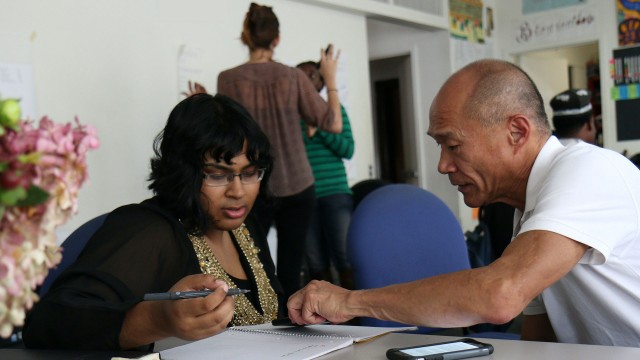 Yes, foundations can partner equitably with BIPOC communities. Here’s how…