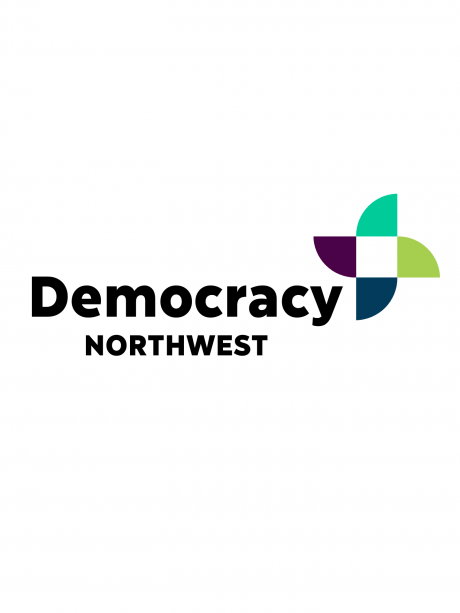 Democracy Northwest is a resource for philanthropists who might be motivated to devote more attention to strengthening democratic practices and institutions. At a time when our democracy is suffering from multiple afflictions, philanthropy has a unique opportunity to contribute to its revitalization.

As one contribution to that work, we have prepared this working menu of democracy-strengthening resources. We recognize how incomplete this catalogue is, and we welcome suggestions about how to make the document more comprehensive and more useful in your work.

Because our political institutions often if not always fall short of the ideal, one key form of democratic action has always consisted of efforts at democratic reform. In the past, such efforts sometimes took on historic proportions, as in the Progressive Movement. Today, reform efforts include those addressing campaign finance, elections, redistricting and the Electoral College.

GENERAL
Hewlett Foundation’s Madison Initiative | What will it take for members of the United States Congress to deliberate, negotiate, and compromise in ways that more Americans support? The Hewlett Foundation’s Madison Initiative is joining with former and current government leaders, nonprofit advocates, academic researchers and other funders to answer this question.

Reclaim the American Dream | An informational gateway aimed at helping people get engaged in reclaiming our democracy and making our economy fairer at the local level.

ELECTION REFORM
Brennan Center for Justice: Voting Rights & Election | The Brennan Center seeks to preserve and expand the right to vote for every eligible citizen. Through practical policy proposals, litigation, advocacy, and communications, the Brennan Center works to ensure that voting is free, fair, and accessible for all Americans.

Common Cause: Voting and Elections | In Washington, our state capitols, and in thousands of voting precincts from coast-to-coast, Common Cause is fighting to ensure that every adult American has easy access to the ballot and that every vote is counted as cast.

Fair Vote | FairVote is a non-partisan, non-profit organization that seeks to make democracy fair, functional, and more representative. We research and propose common sense changes to strengthen our democracy and ensure all voices are heard and every vote counts in every election.

REDISTRICTING REFORM
Common Cause: Redistricting | Common Cause believes voters should choose their representatives, not the other way around. We're working to create better ways to draw districts that fairly represent your state's communities, whether that is independent commissions, non-partisan state staff, or clear Constitutional rules for how lines should be drawn.

CAMPAIGN FINANCE REFORM
American Promise | American Promise is the omni-partisan citizen network built to help all Americans engage locally and connect nationally in a grassroots effort to reclaim a government run by people not money.

Brennan Center for Justice: Money in Politics | The Brennan Center is a leading intellectual force in developing policies that ensure everyone has a real chance to have their voice heard. We craft and fight for solutions that can bring balance to campaign funding and break down barriers that keep everyday Americans from participating in politics.

Common Cause: Money in Politics | Amend the Constitution to reverse decisions like Citizens United and McCutcheon; let's rein in runaway political spending and protect everyone's right to be heard.

Move to Amend | We are calling for an amendment to the US Constitution to unequivocally state that inalienable rights belong to human beings only, and that money is not a form of protected free speech under the First Amendment and can be regulated in political campaigns.

ELECTORAL COLLEGE REFORM
Fair Vote: Reform 2020 Agenda | Our Electoral College rules make most voters irrelevant to campaigns that devote 99% of general election resources to just a dozen swing states. The National Popular Vote law will make every vote equal and guarantee the White House to the candidate who wins the most votes in all 50 states and the District of Columbia.

We can contribute to a functioning democracy by supporting programs and efforts to ensure that all of us truly have a voice in the choices that shape vibrant, equitable and inclusive communities. By 2020, the majority of American children will be from communities of color; by 2043, this will be true for the majority of all ages. Instead of focusing solely on the next election cycle or legislative session, historical changes of this magnitude invite us to ask what philanthropy can contribute to a healthier democracy in the long run. At a minimum, we can see that bringing an equity lens to our work will produce a better democracy.

D5 Coalition | D5 is a five-year coalition to advance philanthropy’s diversity, equity, and inclusion. As our constituencies become increasingly diverse, we need to understand and reflect their rich variety of perspectives in order to achieve greater impact.

Seattle Foundation Vibrant Democracy | The Vibrant Democracy Initiative is our newest Center initiative, with the goal of strengthening the voice and participation of underrepresented communities to allow for more equitable systems change.

W.K. Kellogg Foundation American Healing Racial Equity Resource Guide | This guide shares the collective insights, resources and tools of individuals and organizations that have been working to foster racial healing and racial equity in communities within our nation. You will find practical resources including articles, organizations, research, books, media strategies and training curricula for organizations and individuals working to achieve racial healing and equity in their communities.

Effective democracy is fundamentally dependent on the capacity of both elected officials and citizens to use dialogue and deliberation to solve difficult problems. A growing number of organizations devote some or all of their attention to this crucial democratic skill.

Kettering Foundation | The Kettering Foundation is a nonprofit operating foundation rooted in the American tradition of cooperative research. Kettering’s primary research question is, what does it take to make democracy work as it should? Kettering’s research is distinctive because it is conducted from the perspective of citizens and focuses on what people can do collectively to address problems affecting their lives, their communities, and their nation.

National Coalition for Dialogue and Deliberation | The National Coalition for Dialogue & Deliberation (NCDD) is a network of more than 2,300 innovators who bring people together across divides to discuss, decide, and take action together effectively on today’s toughest issues. NCDD serves as a gathering place, a resource center, a news source, and a facilitative leader for this vital community of practice.

National Issues Forum Institute | National Issues Forums (NIF) is a network of civic, educational, and other organizations, and individuals, whose common interest is to promote public deliberation in America. It includes civic clubs, religious organizations, libraries, schools, and many other groups that meet to discuss critical public issues. Forum participants range from teenagers to retirees, prison inmates to community leaders, and literacy students to university students.

Philanthropists have become steadily more involved in helping (either directly or through their grantees) to shape public policy proposals and advance them by various forms of advocacy. In recent years, this involvement with public policy has become one of the most significant arenas for philanthropic engagement with democratic institutions and practices. Philanthropy Northwest maintains a digital resource center on advocacy for members.

Bolder Advocacy | Bolder Advocacy promotes active engagement in democratic processes and institutions by giving nonprofits and foundations the confidence to advocate effectively and by protecting their right to do so. Our goal is to demystify and decode advocacy by equipping organizations with knowledge and tools. We help organizations fully understand the rules and become assertive in their right to pursue their policy goals.

While this term is quite broad and somewhat difficult to define, it gets at the essence of citizen-centered democracy.  Without a high level of citizen engagement with their communities and governing institutions, special interests or elites will fill the resulting vacuum.  Conversely, when citizens engage in a variety of civic activities, the result is that rich fabric, often called civil society, which can sustain democratic practices through hard and challenging times.

The Funders’ Committee for Civic Participation | FCCP provides funders with a community in which to build connections, a stage for showcasing innovations, a forum for strategic dialogue and collaboration, and a resource for civic participation research, tools and news. FCCP works to build a more effective network of grantmakers who are passionate about realizing our collective vision of a vibrant and inclusive democracy for all. 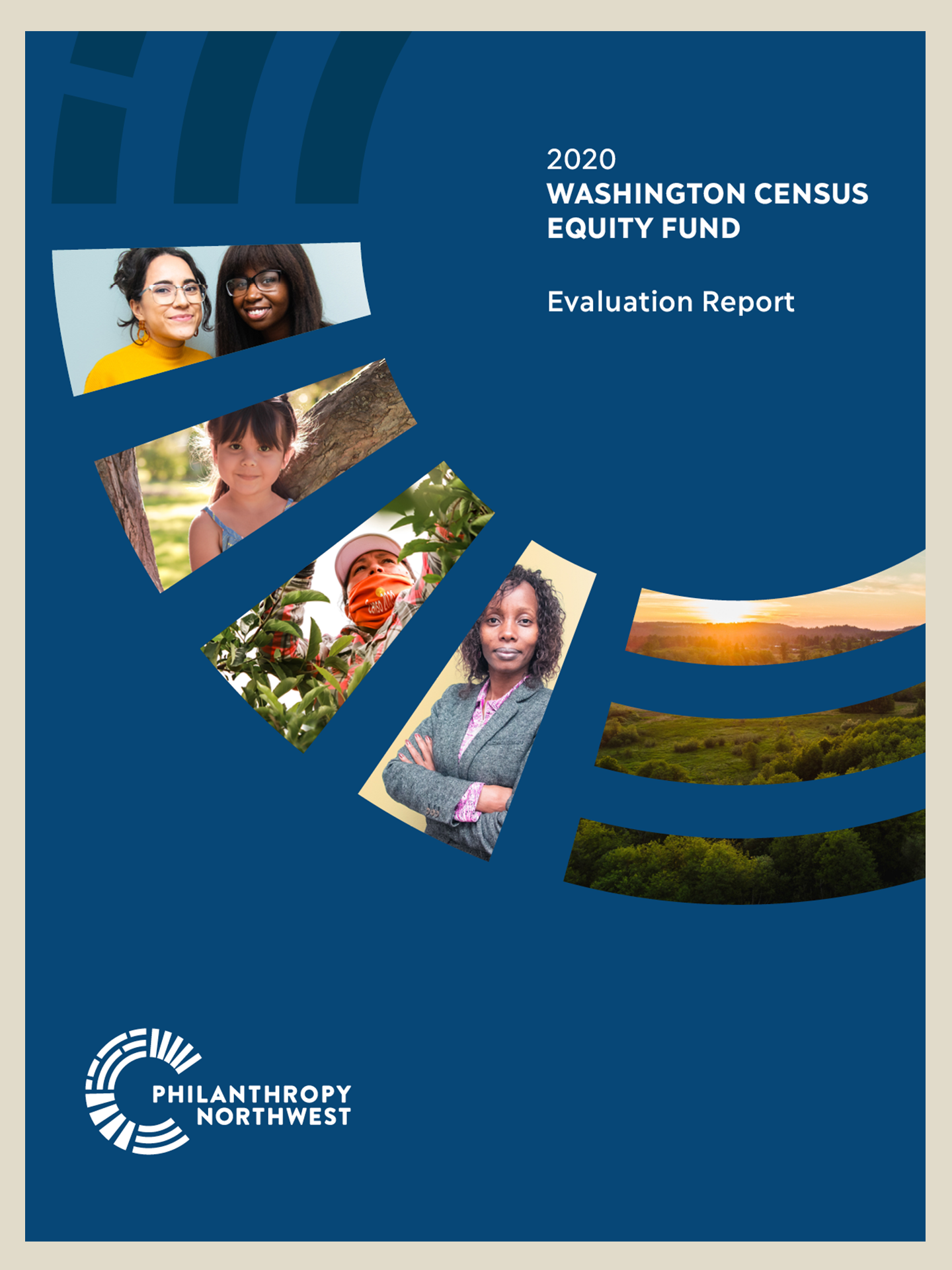