With the presidential primaries driving interest in elections, this webinar will review the do's and don’ts of engaging in election-related activities, from the absolute ban on participating in partisan electioneering, to ballot measures, voter registration and get out the vote. 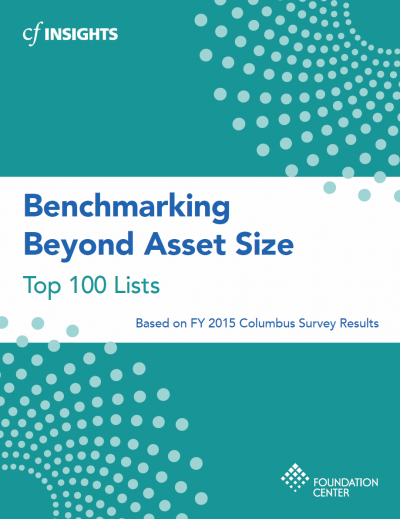 ... (CEP)'s presentation based on survey data from 145 foundation CEOs and more than 15,000 grantees and systematically reviewed more than 70 foundation websites. The research reveals that funders see ... and grantees believe transparency about the substance of foundation work, rather than about financial disclosures or ...

... on Sept. 15, 2015, the IRS sought to allay concerns that a foundation that makes investments for a combination of ... to maximize financial return, might violate the private foundation “jeopardizing investment” rules. Under those rules, foundations and foundation managers who fail to exercise ordinary business ...

Please join the Blue Cross of Idaho Foundation for Health and FSG for a presentation and dialogue ...

Mission investing is a topic on the agenda of many foundation leaders, as they consider whether or not to expand ... their mission-related activities beyond their grants. Foundation finance staff can prepare for what’s ahead by learning from a practicing foundation finance officer and the professional staff at Moss ...

... the second of three virtual exchanges built for community foundation staff, trustees and board members. This call will ... led by Maddy Metzger-Utt, Philanthropy Northwest Community Foundation Advisor and former CEO of Community Foundation of Snohomish County. In this series, we'll tackle ...

Philanthropy 101 - Session #2:  Foundation Governance and Legal Issues This is the  second ... 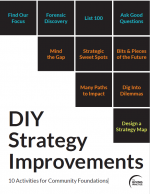 ... stakeholders. Mark Sedway leading the Washington Community Foundation Convening through the DIY Strategy Improvements ... activities. With the support of the Bill & Melinda Gates Foundation and Philanthropy Northwest, we wrote it for ... .) Bring the hard stuff to the surface. Think of your foundation’s strategy as an iceberg, with the most ... more » 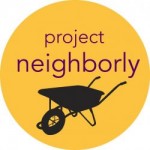 Alena Feeney, Momentum Fellow, Whatcom Community Foundation | ... This sentiment fuels our mission as a community foundation. It also inspired us to lean into strengthening ... life if you invite them to be creative,” said Community Foundation CEO Mauri Ingram. “Project Neighborly grants add ... can be viewed here: WCF Project Neighborly 2018 Our foundation has the privilege of connecting people and ... more »