Ushering in 2022 with Our New Board Members

HomeNewsUshering in 2022 with Our New Board Members

Ushering in 2022 with Our New Board Members 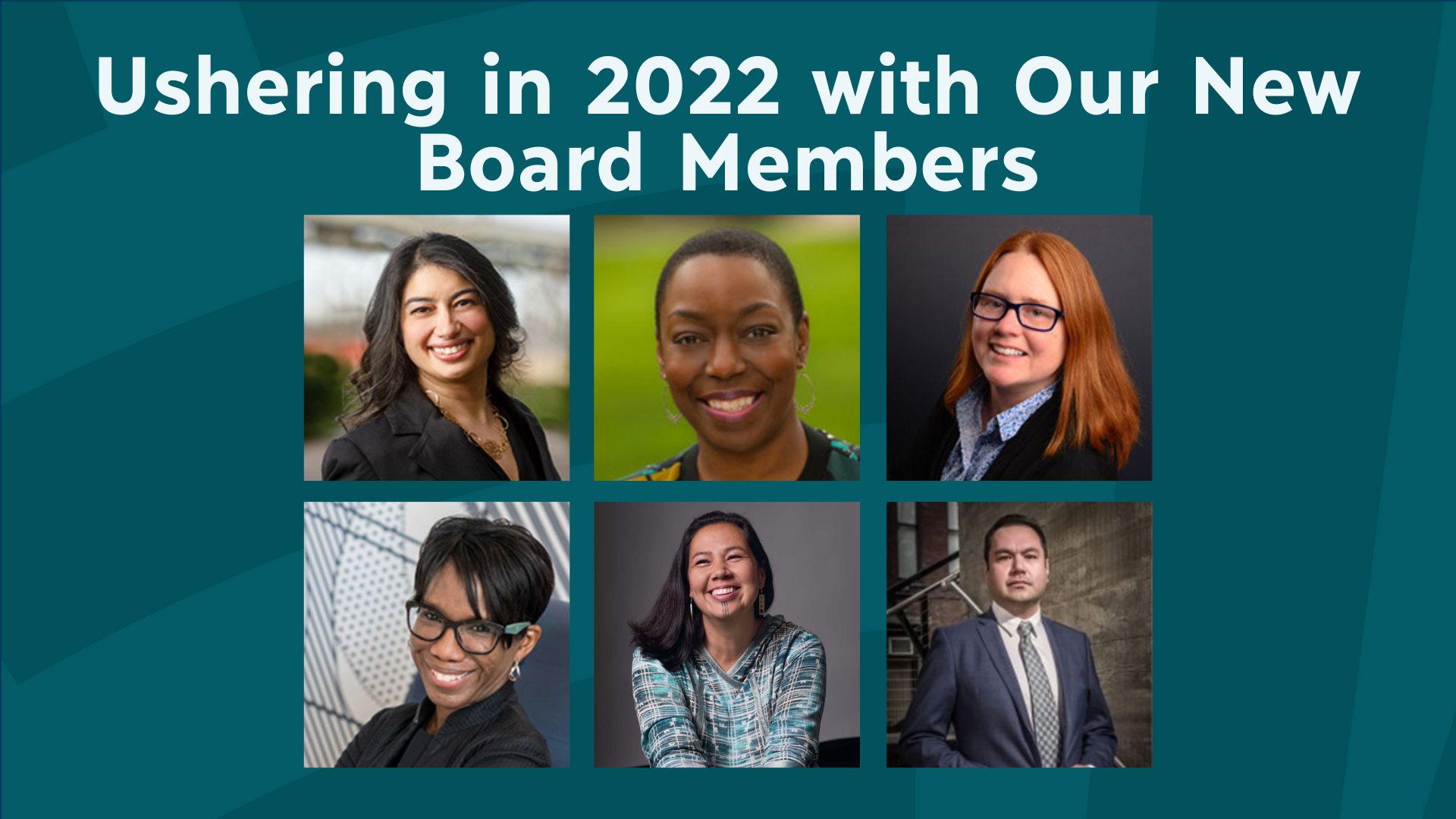 Philanthropy Northwest has an impressive and engaged board of directors. Our board members all show up in different ways for our network and represent the diverse field of philanthropy in our six-state region, plus Hawai'i. At our annual membership meeting in October of 2021, we proudly welcomed six new board members to our governing body.

Read the new members' bios below. 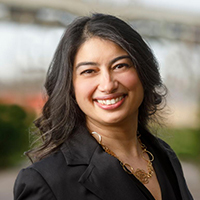 Kaberi is driven by a passion to transform philanthropy to better serve and share power with historically underserved communities. Kaberi entered into the philanthropic sector in 2000 as a way to advance social justice and systems-level change and has worked in philanthropy at local, regional and national levels, leading grantmaking, programs and advocacy work.

Kaberi is on the National Board of Neighborhood Funders Group. She is also the racial justice co-chair and on the national steering committee for the Education Funder Strategy Group. She is a past national board member for Grantmakers for Education and Asian American/Pacific Islanders in Philanthropy. Kaberi served on the steering committee for the NYC Fund for Girls & Young Women of Color, as the co-chair of the New York Juvenile Justice Initiative and as a board member of the Crossroads Fund in Chicago. She was selected as a fellow in GEO Change Leaders in Philanthropy, Rockwood Art of Leadership and CF Leads Executive Leadership. Kaberi currently serves on the board of the Portland Art Museum and is a part of the Class of 2022 Leadership Portland cohort. She has been a fellow at Leadership Greater Chicago, Chicago Council on Global Affairs and Coro Leadership New York. Kaberi joined Meyer Memorial Trust in 2018. 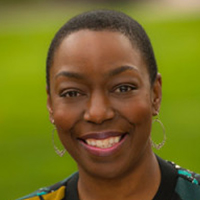 With nearly 20 years of experience in community philanthropy, Shona Carter has established key partnerships to eliminate structural barriers, advance racial equity, and transform social and economic outcomes. Prior to her role at the Community Foundation for Southwest Washington initially, leading the programmatic work and currently acting as the vice president of community engagement and strategy, Shona worked for the San Francisco Foundation where she managed a diverse portfolio of 80 corporate and individual charitable funds and facilitated the distribution of over $20 million to nonprofits across 5 counties. Additionally, she stewarded nearly $70 million in new gifts to support culturally and community-specific programs. In 2002, Shona was recruited to inaugurate the transition of grantmaking activities from The Clorox Company Foundation (TCCF) to the East Bay Community Foundation. In this role, she acted as the primary manager of Clorox’s corporate fund and channeled approximately $4 million dollars to Oakland’s education, youth development and arts community.

Shona was a member of several governing and advisory boards including Bay Area Blacks in Philanthropy and currently is a member of the Clark County Public Health Advisory Council, I5Bridge Replacement Equity Committee and City of Vancouver Economic Prosperity and Affordable Housing Advisory Council.

Shona received a bachelor's degree from the University of California, Berkeley and completed an MBA in corporate social responsibility from Mills College. In her spare time she enjoys exploring the outdoors with her husband and dog, traveling abroad and spending time with family and friends. 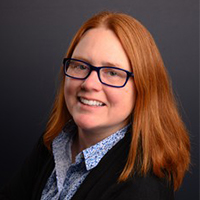 As the Bethel Community Services Foundation’s executive director since 2013, Michelle helps deliver on the community foundation’s mission of grantmaking, developing philanthropy and collaborating on initiatives that improve the lives of residents of the Yukon-Kuskokwim Delta of Southwest Alaska. Originally, Michelle moved to Bethel in 1997 to serve as a volunteer for the Tundra Women’s Coalition (TWC), a women’s shelter and advocacy center. She later became TWC’s executive director and led that nonprofit for 13 years.

Michelle understands rural philanthropy firsthand. She’s lived and worked in the social impact sector in the Yukon-Kuskokwim Delta for decades, where the primary transportation methods are by planes, boats and snow machines – not by cars or roads. Working in partnership with statewide, regional and local groups as well as donors, Michelle and Bethel Community Services Foundation are driven to improve life for people and families where they live, learn and work in the greater Bethel area.

Michelle is board chair of the Yuut Elitnaurviat – The People’s Learning Center, a member of the Foraker Group Operations Board and a member of the Alaska Funders Group. She previously received the Woman of Achievement award at the Alaska YWCA for furthering YWCA’s mission to eliminate racism and empower women. 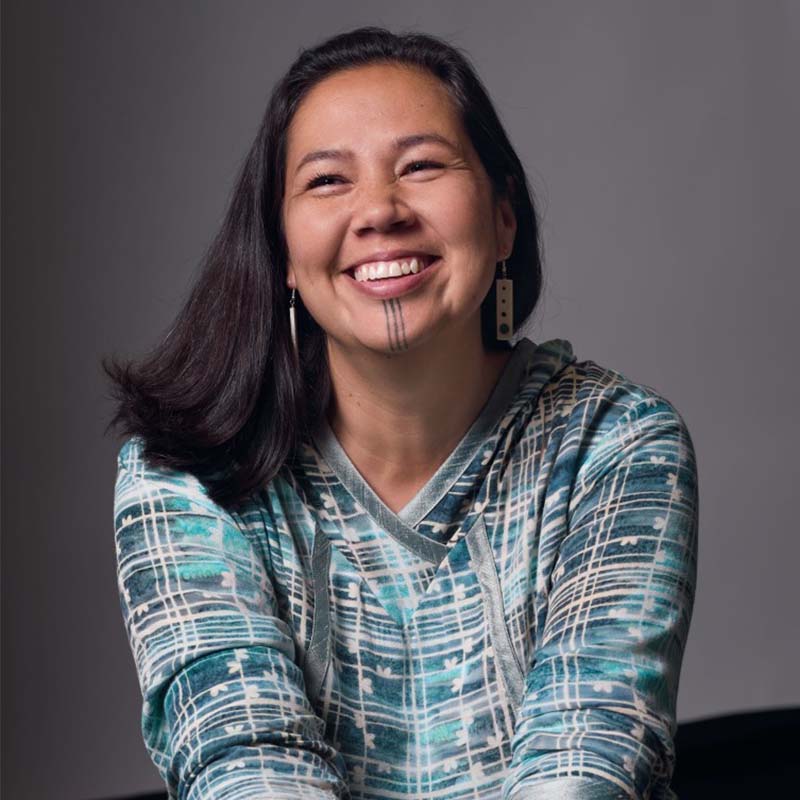 Ayyu Qassataq (Iñupiaq) is from Uŋalaqłiq (Unalakleet) and is the daughter of Doug and Vernita Herdman and granddaughter of Stanton and Irene Katchatag. She is named for her great-grandmother Ayyu (Edna Eakon/Koutchak/Atchak of Taciq – St. Michael). Born and raised between Anchorage and Uŋalaqłiq, Ayyu grew up spending summers with her family in Uŋalaqłiq and upriver at camp in the Whaleback Mountains.

Ayyu joined First Alaskans Institute (FAI) in 2010, and currently serves as vice president. She believes deeply in the power of our ancestral knowledge and dedicates her life to advocating for our right to live the fullness of our ways of life in perpetuity. With many years of convening community in dialogues, think tanks and strategic planning sessions, Ayyu is dedicated to centering FAI's Native values throughout society, and has grown expertise in power-building and advancing self-determined, community-based solutions that promote healing, awareness and advocacy around the issues that impact us. Prior to FAI, Ayyu worked with Cook Inlet Tribal Council for nearly 10 years, most recently as the institutional advancement officer focused on fundraising, strategic and sustainability planning. She earned a master’s degree in rural development from the University of Alaska Fairbanks, and a bachelor's degree in organizational management with a nonprofit emphasis from Alaska Pacific University. Additionally, she earned a certificate in nonprofit management from the Foraker Group and is an alumna of Leadership Anchorage. Previously Ayyu served in board leadership roles for both Alaska Native Professional Association and Beyond Borders. 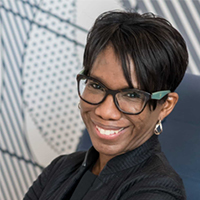 Toya is a writer, philanthropist and advocate for the safety and well-being of Black people. In her current role as the senior director on the strategic engagements & initiatives team in the office of the CEO at Casey Family Programs, her national portfolio of racial equity and social justice-centered philanthropic partnerships focuses on community health and safety, school justice reform, narrative change, and child well-being and family strengthening. With over twenty years as an executive leader in the nonprofit and philanthropic sectors, Toya champions Black women and believes their leadership impact must be acknowledged, documented and celebrated. She is curator and catalyst of www.voicevisionvalue.org a digital narrative project about the historic leadership impact of Black women. Toya is co-chair of the Greater New Orleans Funders Network board of directors, an executive committee member for Communities for Just Schools Fund, co-chair of the Greater New Orleans Funders Network Opportunity Youth Boys and Men of Color Alignment Action Table and board member for The Giving Square. 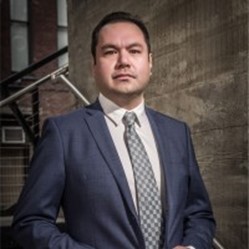 Brian Tanner is the director of  philanthropic  partnerships for Potlatch Fund, which is an Indigenous-led nonprofit that provides grantmaking, capacity building, and advocacy for Tribal and Native communities in the Pacific Northwest. Brian grew up on the Flathead Indian Reservation in Montana, where he is an enrolled member of the Confederated Salish and Kootenai Tribes, he is also affiliated Rocky Boy Cree.

Prior to working in nonprofits, Brian worked for 13 years in federal contracting (DoD, NASA, DHHS) doing business development. Brian has a bachelor's of science in psychology/communication from Washington State University and a master's in public administration from the University of San Francisco. He currently lives in Seattle in the occupied territories of the Duwamish People.

We would also like to thank our outgoing board members for their distinguished leadership and outstanding contributions to Philanthropy Northwest and our network. We are grateful for their service to our work, the philanthropic sector and to the communities they continue to serve in the region.

Chaired by Aleesha Towns-Bain of Bristol Bay Native Corporation Education Foundation, Philanthropy Northwest’s board consists of 21 leaders and represents our network of family funds, foundations and corporate giving programs in Alaska, Idaho, Montana, Oregon, Washington and Wyoming plus Hawai'i. You can find the full list of our board members below.

Tags
Board and Subcommittee 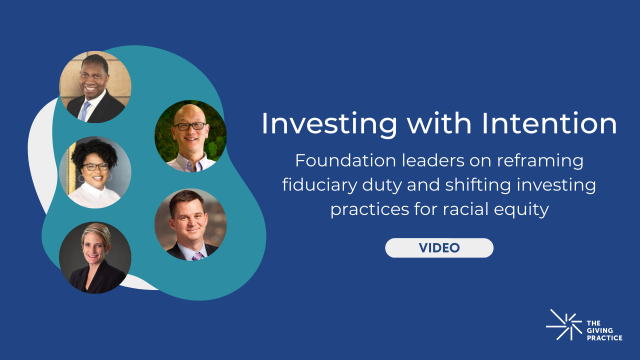