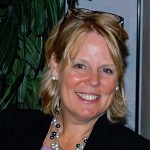 What are the most important issues facing the nonprofit sector in your state?

Although every subsector in Montana’s nonprofit community has unique challenges, three issues cut across the sector at large:

1. Preservation of public trust. Nonprofits are built on a foundation of trust which has held strong over time in spite of the occasional misdeeds of one organization or another. Two current events have the potential to significantly corrode the public's faith:

2. Tax treatment of nonprofits. With local budgets constrained, there is a significant increase in municipalities across the country seeking “payment in lieu of taxes” from nonprofits. In several states, bills have passed to decrease nonprofit tax exemptions and charitable giving incentives. In 2015, the Montana legislature passed a bill requiring nonprofits with real property to reapply for their property tax exemption. For the third time in recent years a legislative interim committee is studying the value of the community benefit brought by nonprofits. These developments are not an immediate cause for alarm, but should be seen as part of a bigger national picture in which some the value of nonprofit endeavors is reduced to a transactional formula, in a manner that decreases resources available for charitable work.

3. Labor challenges. Although Montana is top in the nation as a place to live and play, a host of human resource issues challenge nonprofit employers. Our low unemployment rate has made it increasingly challenging to recruit and retain employees generally; for nonprofits paying below market, the challenges are even greater. The rising cost of healthcare and benefits is an increasing stressor to all businesses, including nonprofit. Add to that recent Department of Labor proposed changes to overtime exemption rules that would disproportionately impact Montana because of our low wage base. Student loans make it near impossible for young professionals to enter the nonprofit sector as a viable career option. And in Montana women earn 68% of the median income for men. It’s safe to say most Montana businesses are confronted by workforce issues; for nonprofits who are more resource constrained, the challenges are particularly daunting, especially in the more rural communities.

What are your core strategies for addressing these issues?

A primary role for MNA is to promote the highest ethical standards for nonprofit staff and boards of directors both in our public policy work and through our education program. Sometimes we’re walking a tightrope: we welcomed the tightening of statute in Montana related to transparency in campaign finance, while standing against changes that would chip away at anonymity for charitable donors. In terms of the 1023-EZ, we are not a watchdog organization and we’re not interested in a moratorium on nonprofit startups. At the same time, in 2016 we will be asking the IRS to strengthen their eligibility process so that ineligible organizations have a much more difficult time gaining tax exempt status.

One of the dangers of the national trend regarding tax treatment of nonprofits is the potential for divisiveness within the sector. Our stance is that the IRS is tasked with regulating eligibility for tax exempt status and it is their role to differentiate tax treatment among different types of charitable nonprofits. Until the IRS code changes, we will promote and protect the tax exempt status of all charitable nonprofits in myriad ways. This broad brush approach preserves the cohesiveness of the nonprofit community and avoids the slippery slope we start down by parsing which nonprofits should or should not remain tax exempt.

In terms of labor challenges, one of our first roles is to raise awareness that nonprofits are businesses and have the same challenges as their for-profit counterparts. Including the nonprofit “industry” in some of the larger discussions about Montana’s economy is a first step in expanding opportunities — such as those offered to small businesses — to nonprofits.

How can philanthropy best support capacity building for the nonprofit sector in your state? What sorts of investments are most needed?

We need to address the messaging around nonprofit capacity. Recently I was talking with an elected policymaker who said, “Nonprofits are great, as long as they don’t try to be businesses.” A different perspective would be to embrace the rising professionalism of the nonprofit sector and learn from the most effective capacity-building models our for-profit counterparts have to offer. We appreciate the growth of alternative nonprofit capital, such as impact investing, which has the potential to strengthen a nonprofit’s business model and practices.

We also appreciate the increasing acknowledgement of the need for administrative dollars. A strong administrative structure is second only to a strong board in terms of the success of a nonprofit. Supporting a healthy level of administrative cost is essential; we are fortunate that many foundations are progressive in this area.  We’re also fortunate in Montana that foundations support professional development as a capacity building activity, either by supporting MNA directly or integrating professional development funds into grant awards. And we could all do more to support collaboration and collective activity.

What’s been a recent big success for your organization and what excites you about it?

Rural Services. Almost half of Montana’s wage-paying nonprofits are located outside of the state’s seven largest communities. For the past three years, we’ve included very rural communities in our programs by going to those communities. This June we host our second rural conference in eastern Montana, home to several hundred remote nonprofits. We also offer MNA’s four-part Nonprofit Management Series annually in a hub-like rural community. We’ve found when a smaller community brings a critical mass together for nonprofit education, the capacity of the entire surrounding area is strengthened.

Board Training. MNA has increased our marketing efforts and incentives in order to bring more board members into nonprofit leadership and management training. At our most recent Nonprofit Management Series, 47% of registrants are board members. This significant uptick is a positive development for Montana’s nonprofit community.

What are the most important public policy issues for you this year, and what are you doing about them?

In addition to the issues addressed earlier, at the state level, we will be preparing for the 2017 legislative session. Montana’s Endowment Tax Credit is important to philanthropy in our state, and though it is not set to renew until 2019, every session it seems to face threats of one kind or another. We will also be paying attention to the governor’s budget and getting a read on how it impacts the work in communities. We met with the governor’s office recently to discuss specific ways we could partner to strengthen the working relationships between the nonprofit and public sectors, particularly in the areas of contracts and grants, and we’re anxious move some of that forward.—

At the national level, while we wait for the election results, we’ll be attuned to rule changes that may negatively impact nonprofits — such as the recent proposed rules related to exempt employees and overtime pay or the proposal that donors be asked to provide social security numbers for donations greater than $250.

At the local level, over the last couple of years we’ve weighed in on unique issues — such as the conversion of nonprofit hospitals to for-profit, or a civil court decision that potentially undermined elements of the nonprofit structure.  We thank our many friends who let us know when decisions are being made at a local level that might set a corrosive precedent for the larger nonprofit community.

What are the one or two best opportunities you see for nonprofits and philanthropy to “go beyond the grant” to work together to create sustainable change in communities?

I’m on the board of the National Council of Nonprofits, and we’re working with the Forum of Regional Associations of Grantmakers to hold a joint Policy Institute in late summer. This is a tremendous opportunity to bring leaders in philanthropy and the charitable nonprofit sector together to see how we might go further in our public policy aims by working together.

We would like to see more state-wide multi-sector conversations such as Philanthropy Northwest's Local Matters conversation last summer in which charitable nonprofits, philanthropists, and members of the public and private sectors come together to address our state’s most challenging issues.

What’s one more question we should ask you, and how would you answer it?

Q. In today’s political climate, what can nonprofits model while staying out of the fray?
A. Compromise.

Liz Moore is executive director of  the Montana Nonprofit Association, joining us this month for our virtual roundtable with state nonprofit association leaders.